I mentioned in my last post that this weekend is homecoming at my alma mater, Union University. They kind of re-arranged the festivities this year, so a lot of stuff was going on last night. After work I packed up some of my jewelry and prints and headed out to the Great Lawn for "Union Night." A lot of departments and organizations had booths set up with food, coffee, etc. I set up my wares with some other students and alum of the art department. I didn't sell anything, but it was fun to socialize and such! 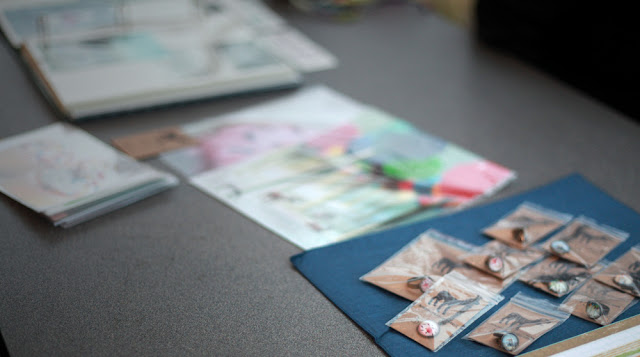 My stuffs set out on the table (as you can see, I didn't do much in the way of preparation) 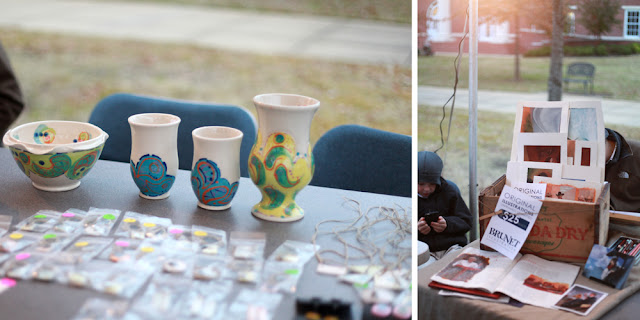 My roommate's pottery and illustrations by another alum 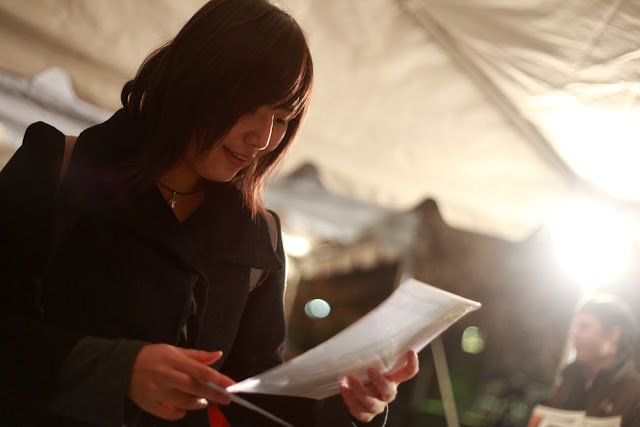 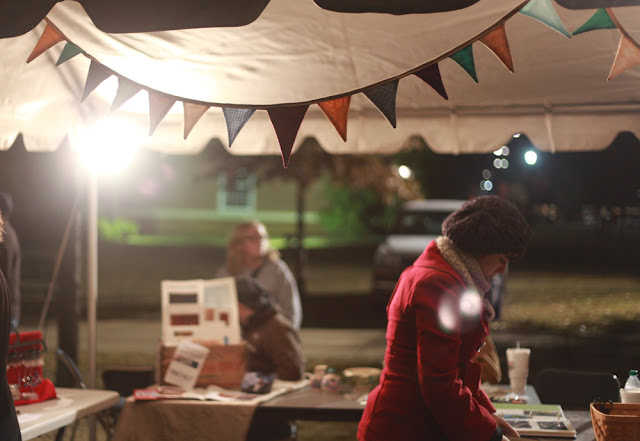 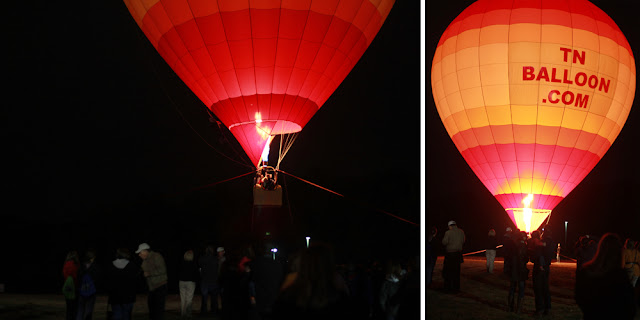 They had a rock wall, dandy jumper things, a band, and a hot air balloon for people to do out there. I wanted to go up in the hot air balloon SO BADLY, but the line was long and I needed to stay at the booth. It looked like fun though! 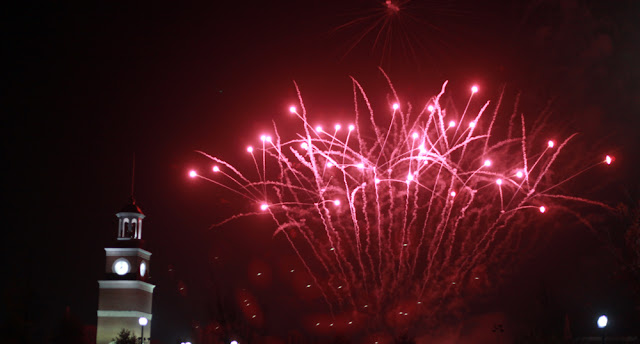 The whole event was from about 5:30 to 7:45. At 7:30 they did a big fireworks show near the Great Lawn. This was a first for Union (since I've been around anyway). I absolutely love fireworks, so I was super excited about this part of the night. Kelsey and I watched them from the parking lot, and it was a great show! To be completely honest, I expected it to be a dinky display, but it was pretty nice. The finale was even crazier than the military show I saw on July 4th. 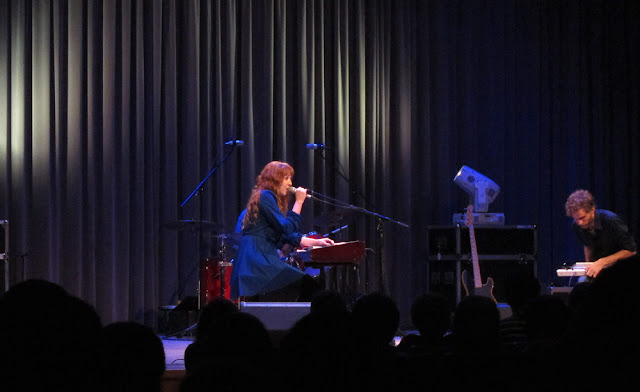 To end out the night, I headed over to the chapel for the homecoming concert. The headliner was Jon Foreman, but one of my favorites, Brooke Waggoner, was opening for him! I used to listen to her all the time when I worked in the Cedarway office. Good times. Anyway, she was wonderful! She even played some new songs from the album she's working on. I only stayed for a few Jon Foreman songs, because Kelsey was waiting on me. What little I heard sounded good though!

All of the homecoming festivities were a great way to kick off my weekend. I hope you all are having a similarly eventful weekend!
by KristiMcMurry at 11:57 AM