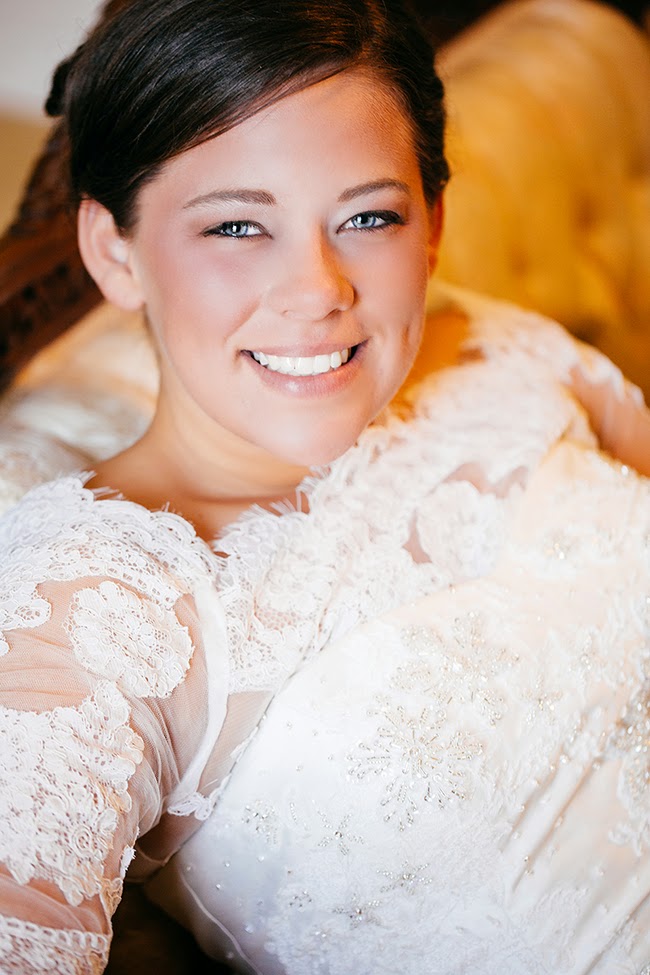 Y'ALL. Seriously. Can we just talk about how amazing bridal portraits are, just in general? I think they are my new favorite type of photo shoot. The only downside is having to wait until after the wedding to share them! Heather's wedding package included a bridal session, and she knew right away that she wanted to take them at Twin Oaks, a beautiful Antebellum home located just outside of Jackson. The home is used as a wedding and event venue, and the owners were just a dream to work with. They are great people, and the house was perfect for a photo shoot. It was furnished, but not over-done. The window treatments didn't completely block the light, like some older homes. It was just amazing. I broke out my reflector and played with bouncing the light a bit too. It was fun! 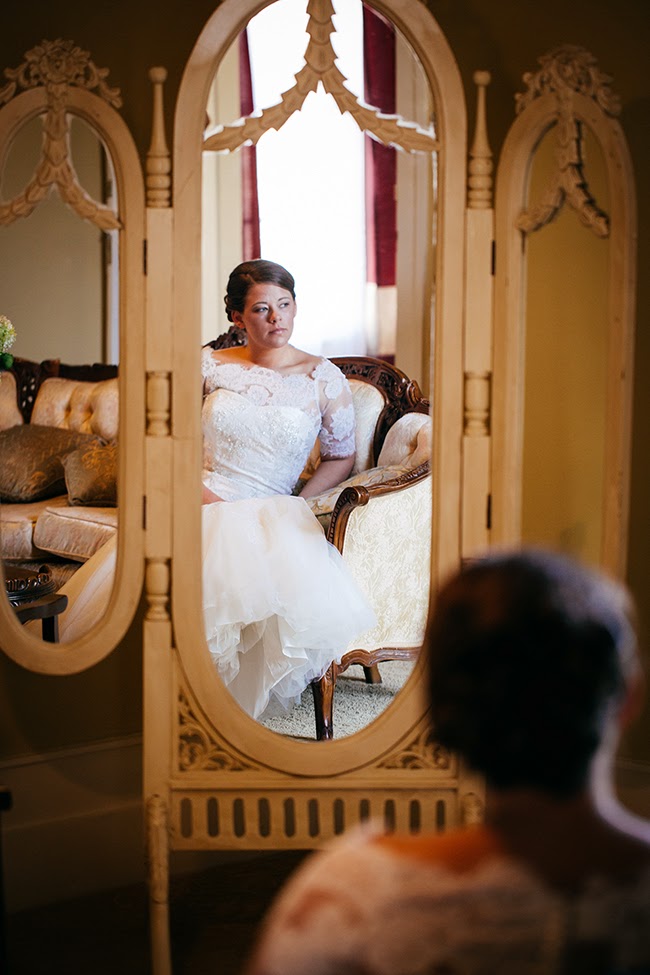 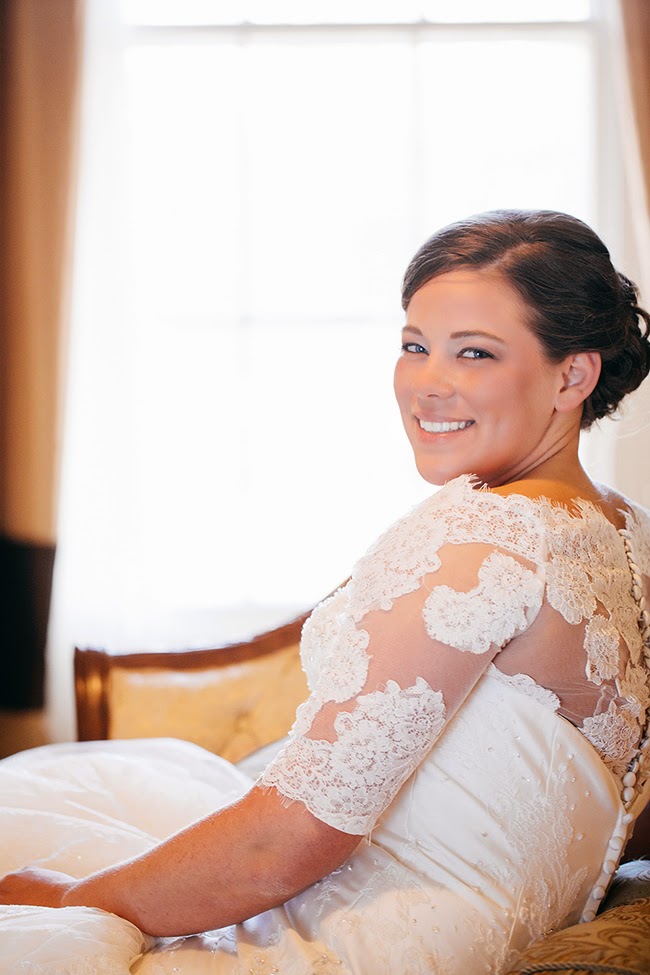 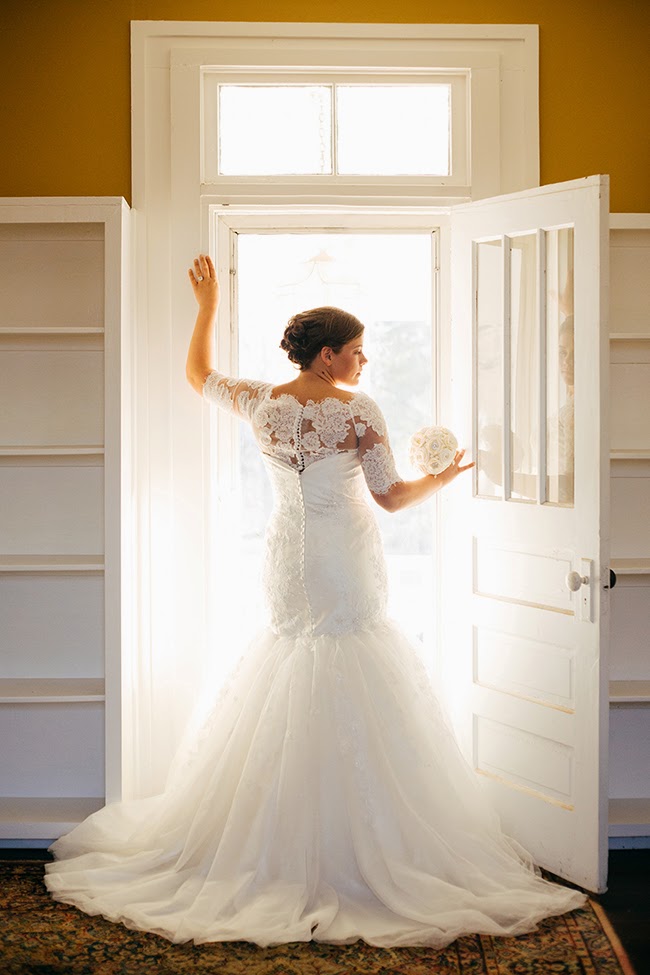 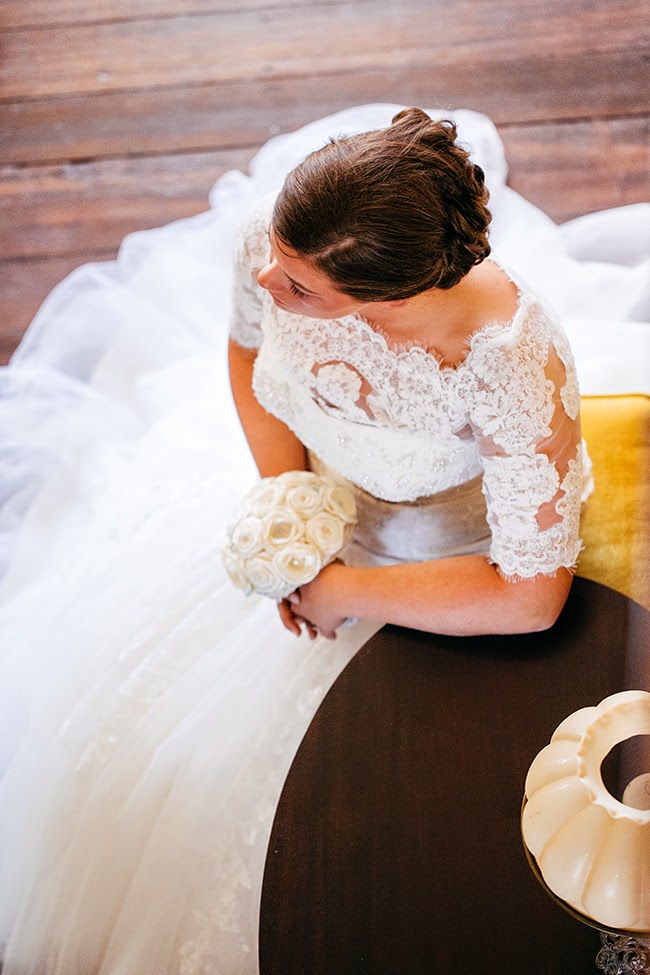 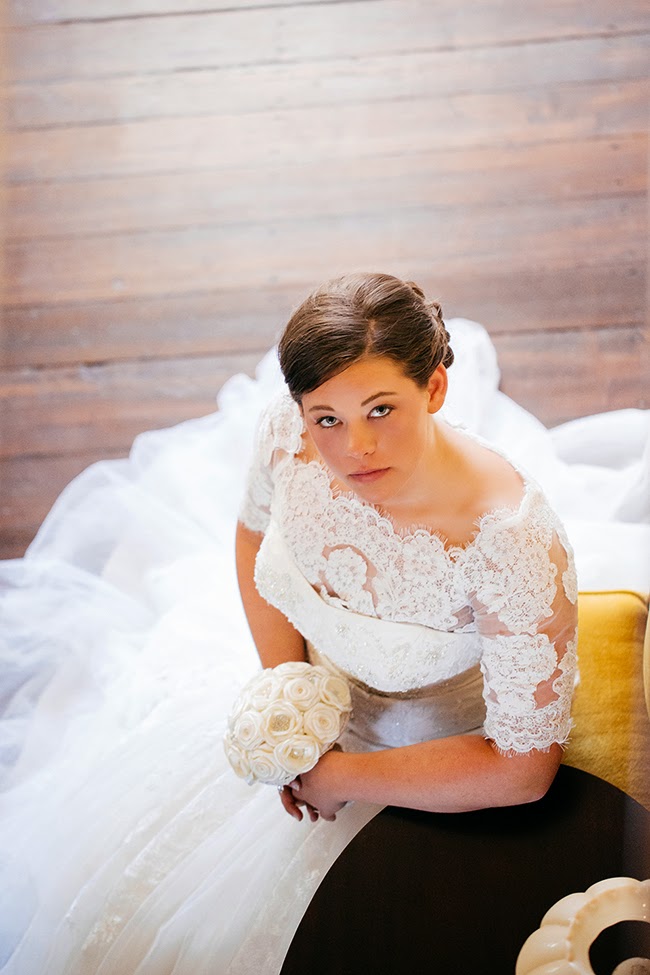 The one above is now the image on my business cards. I just thought her gaze was so gorgeous and eye-catching. I don't know many people who can do the "serious look" so well. 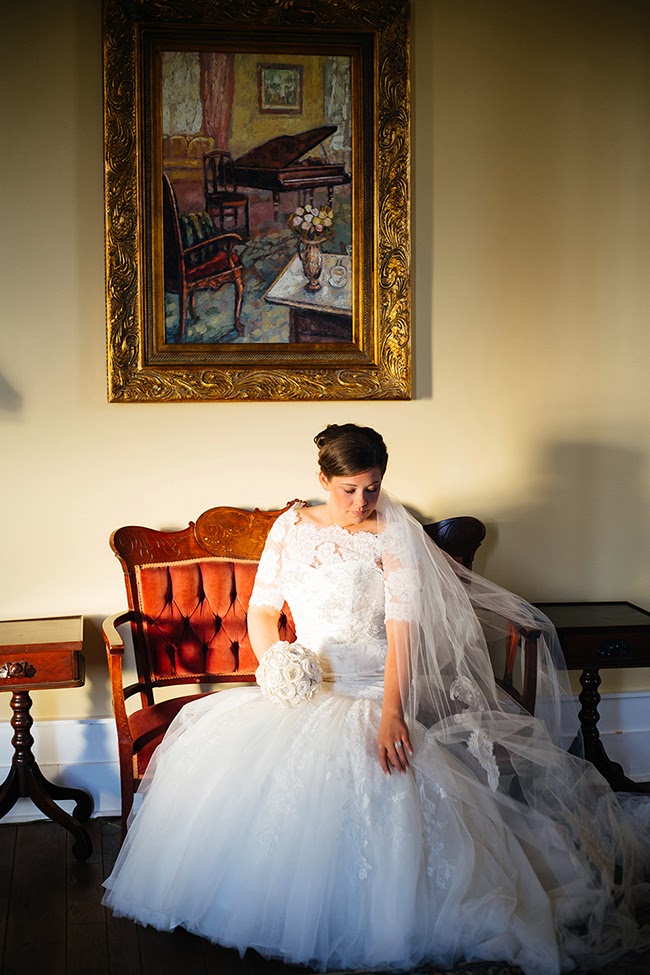 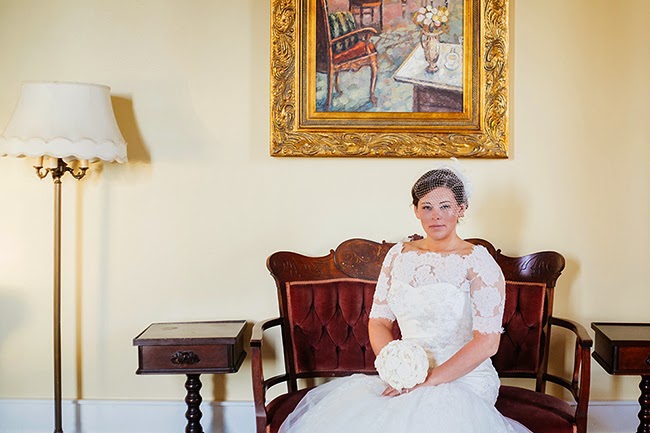 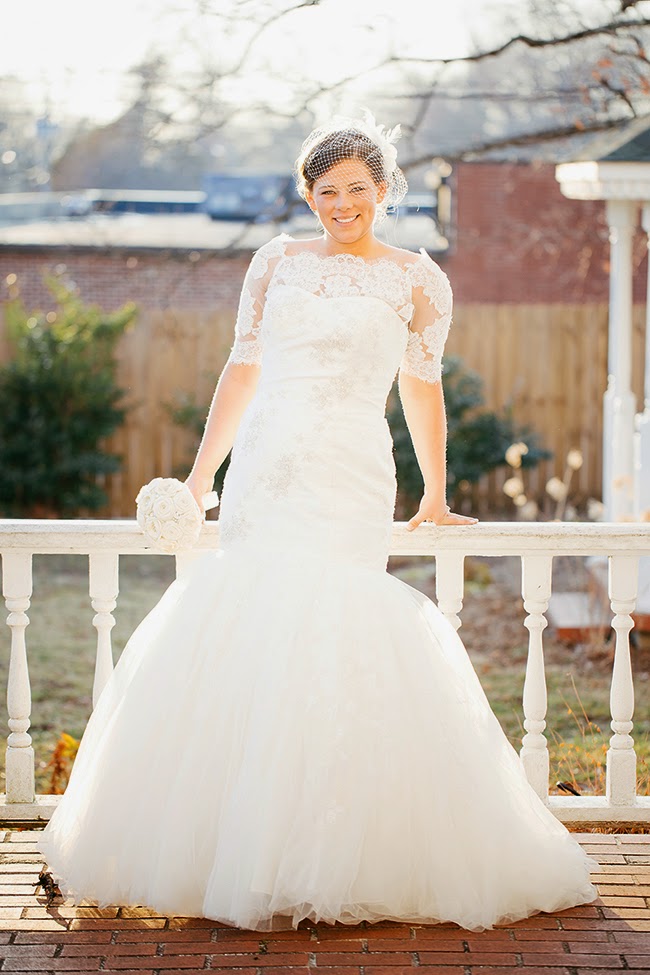 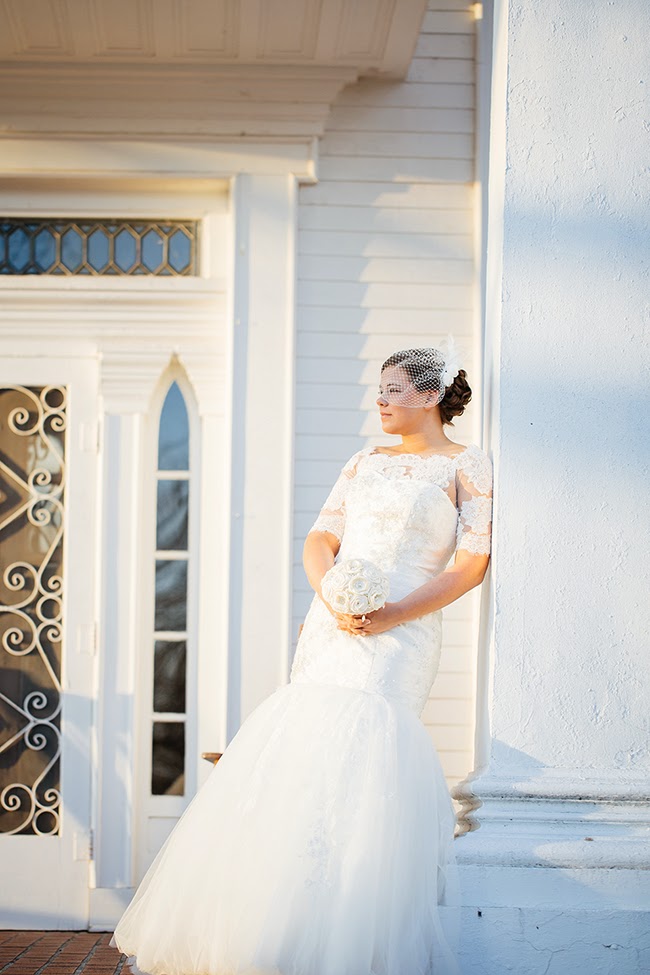 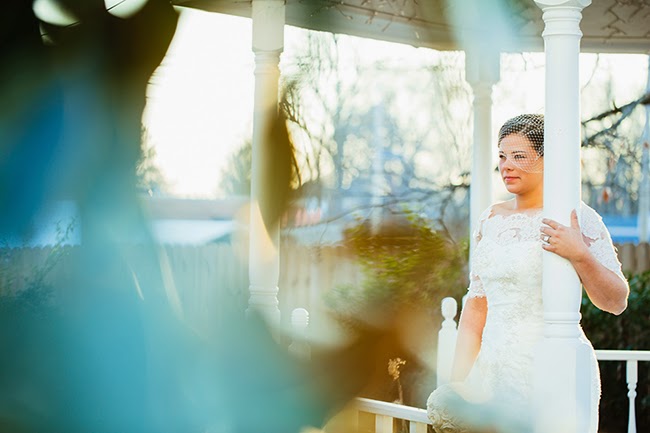 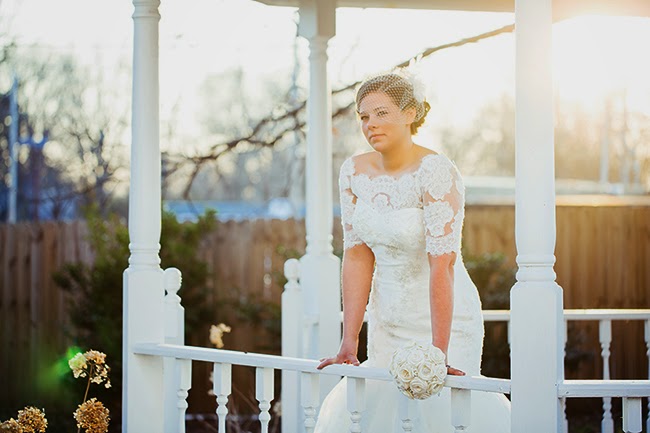 The trees and grass were still dead when we did this shoot, so I didn't have a lot to work with outside. I think they turned out well though, despite that. I really love the two above where she's standing inside the gazebo. That light was PERFECT. 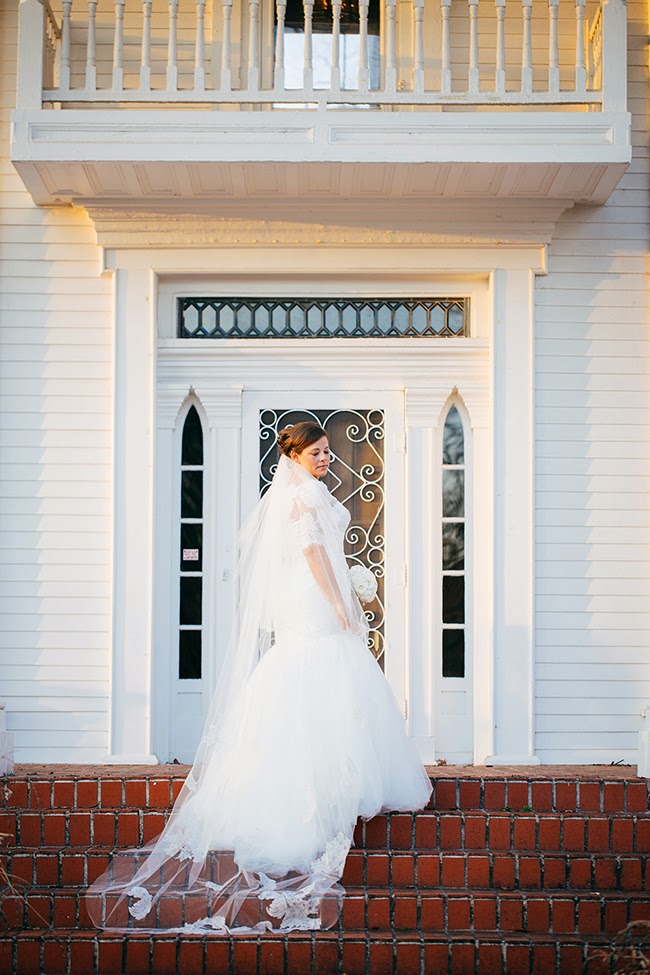 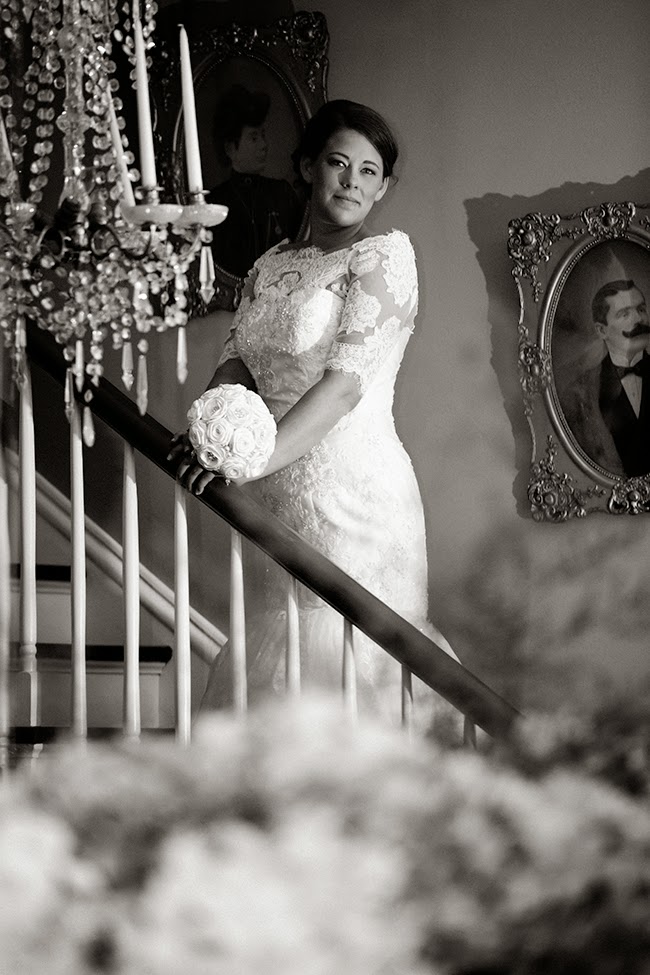 This was just right at the end as she was going back upstairs to change. I shot through the mirror on the opposite wall, so I was able to get an off-camera flash look with the flash on camera. I love the drama of this one!

So I'm sure you can see why I am officially obsessed with bridal portraits. I just felt like I had so much creative freedom! I'm pretty excited that I have a bridal portrait session this afternoon too. It's going to be outdoors, and the trees are nice and lush now. Wish me luck!
by KristiMcMurry at 10:00 AM 0 comments

Art Around My Home 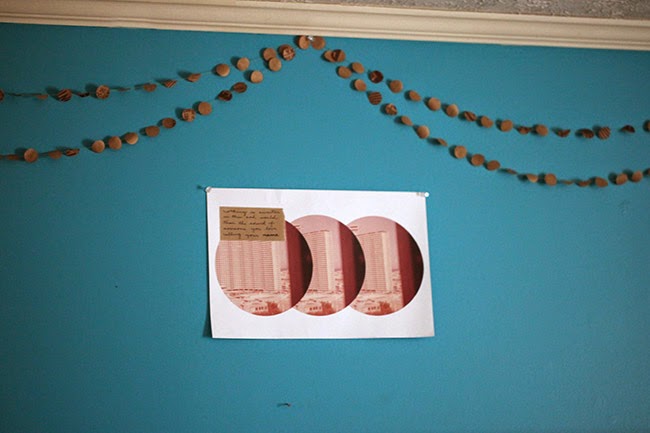 This is by no means a comprehensive documentation of the pieces I have around the house, but this is a pretty decent start! I got this idea from some friends of mine who have all recently moved. I think we'll eventually all share our art collections, so maybe I can link theirs here later. I'm pretty terrible at framing and placing, so some of mine look random. There are a few that I just hung where there was already a nail :) ha! I also didn't photograph anything in my studio, but I might do a separate studio post later. The photo above shows the small wall space above my bed. The poster has a cute lovey-dovey quote on it, and I got it at the graphic design students' poster sale. It was designed by the super-talented Kathryn Buncik. Ok this one isn't so much art, but I love it. The center frame holds a sheet of the old wallpaper from before we painted the kitchen this (horrific) green. What was I thinking with that green? I've got to figure out a way to keep the wallpaper and incorporate the green if we paint it again. The hoop on the left  has my 2014 goals that I made at a new years party. The other hoop is a cross stitch of Harold the Penguin, who is kind of a mascot of my college years. My college roommate gave me that for Christmas, and I just love it! I have a couple more hoops to add to this space. See what I mean by random? 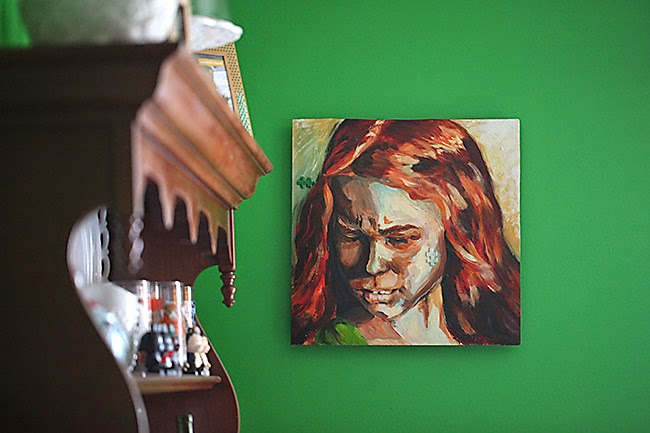 I sadly can't remember where I got the monkey prints because they were from an artist's website instead of Etsy, but I LOVE the color they add. I mean, the corral walls definitely pop, but it's nice to also have some blues and greens in there. These are right above my couch, so they are pretty central. 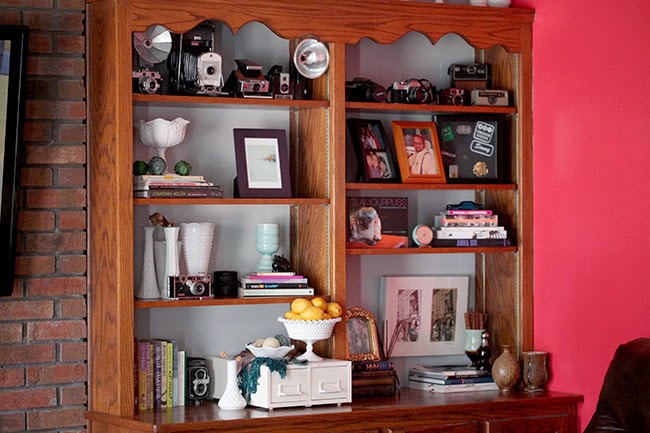 My built-in shelves are RARELY this organized, but I had to clean up for the photo. I have several of my granddaddy's cameras, some that were gifted to me, and then some that I've bought myself. I also have a little shelf dedicated to my granddaddy, with his photo and shadow box of some of his things (a lighter, some patches, a badge, matches). I love looking up there and remembering one of my favorite people ever! I also have a gorgeous pen drawing by an artist that had an exhibit at Union while I was in school. The artist's name is Linda Weatherly, but I can't find a website for her work. I purchased the drawing, which was framed alongside the newspaper print (it was commissioned for the paper). My other print is the 5x7 in the purple frame, and it is from Siiso. 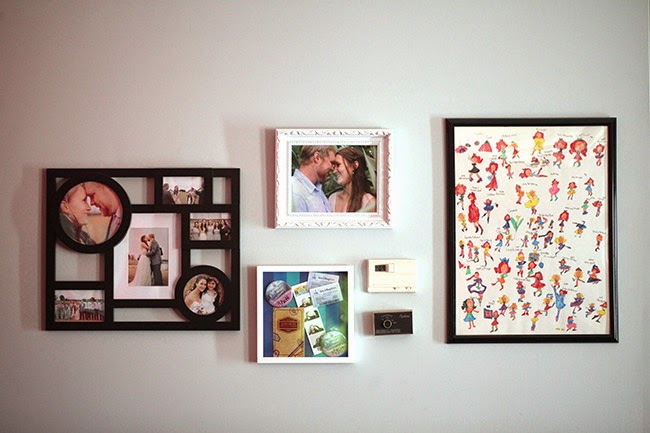 I framed some wedding pictures! I need to get some more printed, maybe for the dining room. That piece on the right was done by the daughter of Angela McDaniel (she did the painting in my kitchen). I think Tammy was around 10 at the time they did this show together. Even though they go together, I chose not to display them that way, but I might get them together eventually. It's been a while, but I think the story was that Tammy did her drawings, then Angela did a painting based on them. Tammy's drawings showed her carefree, innocent view of her life (the one I bought is about her dancing), while Angela's paintings depicted her own view of Tammy's experiences with autism (the lights hurt Tammy's eyes). As her mother, Angela notices the struggles that Tammy faces. I hope I got that right...  It was a very beautiful and touching show. 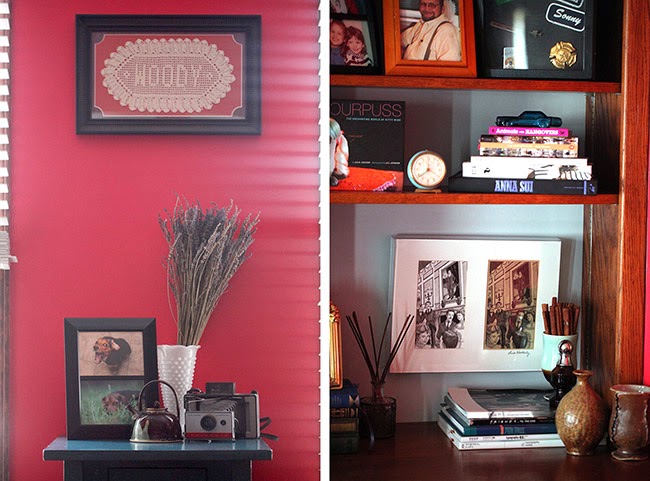 The "Woody" doily that Rhett's grandparents gifted us is hanging between the two windows in the living room. There's a close-up of the pen drawing. Also, those pottery vases (with nothing in them...oops) were made by the one and only Eric Botbyl! He's amazing and you should definitely check him out. 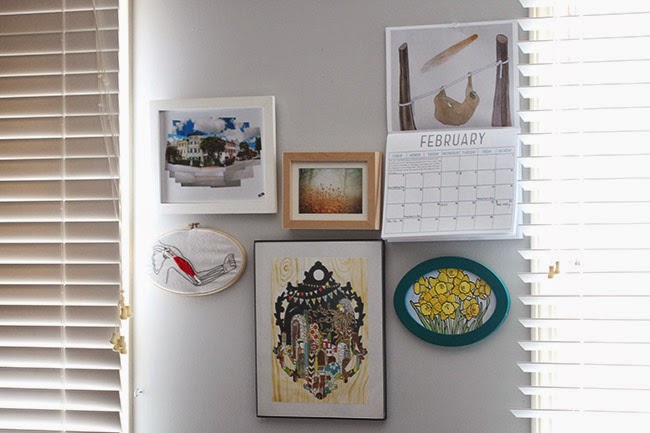 This little mini-gallery is in the bedroom. I used to have more on another wall, but Rhett kept running into the frames because it was right next to the bed. I have more to add, I just need to get the arrangement set before I start adding more holes.

Well, hopefully you all enjoyed that little art tour around my house. I might do a follow up post at some point. That will push me to get my studio and dining room "photo ready"! Both of those rooms are full to the brim with my vintage rentals right now. I cleared out room in our back shed though, so I'll be moving a lot of it out there soon. It'll be nice to have those rooms back.
by KristiMcMurry at 9:28 PM 0 comments

Lauren, the talent behind JerseyMaids, sent me a few more items to photograph for her website. The new pieces are awesome, and BOY OH BOY do I love that lunar phases bracelet! So that we could keep it cohesive, I used the same set as the last time, and they turned out well. Y'all head on over to her shop to check out more of her awesome work! 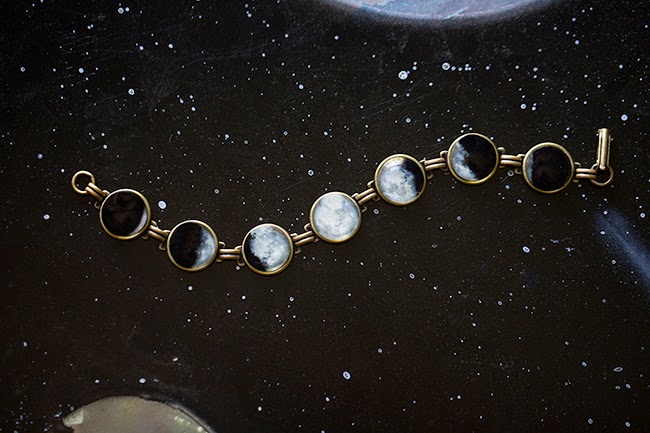 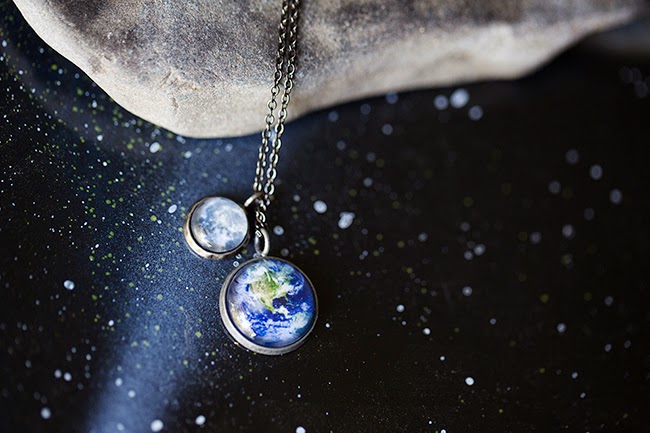 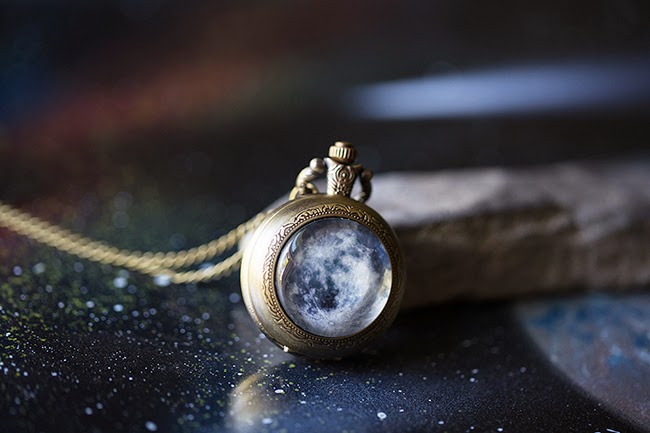 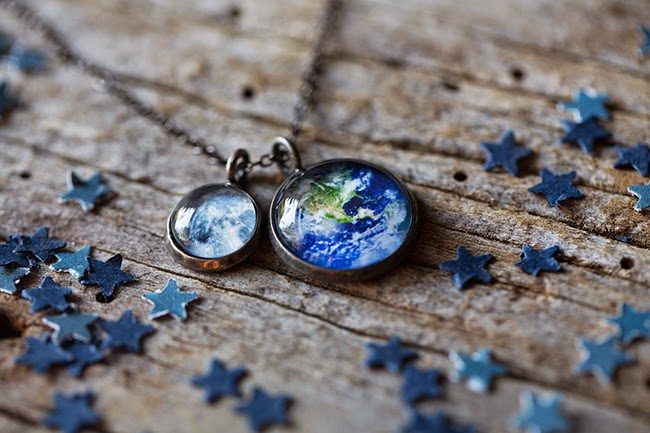 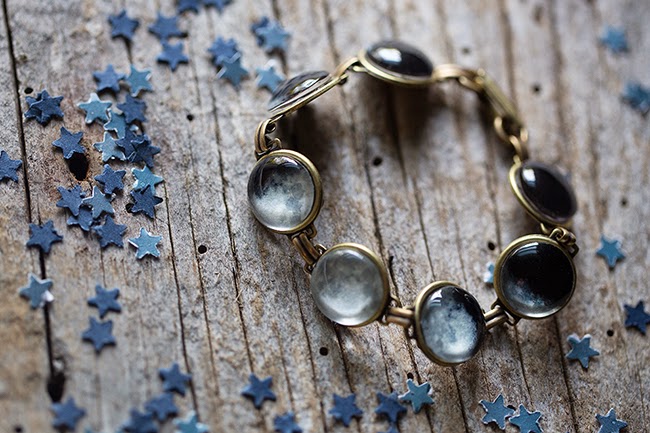 Sorry for the long break if there are any regular readers out there. I have kind of converted this into a photography blog, mainly because I'm trying to build my business. I also just spend a lot of time on that now, so there's not as much other stuff to blog about it! I don't mind that at all :)

I just got back from vacation yesterday, so I'll share a few photos from my phone soon! It was an awesome trip, but I'm happy to be back home with my little Chipper buddy. I missed him so.
by KristiMcMurry at 7:26 PM 0 comments