Hey friends! I just wanted to share a few pictures from Christmas this year. It was a pretty good one. I will admit it felt like something was missing since Papaw wasn't there. It was great to spend time with the family though. There's really nothing better than getting together with family!

Tina got a bike! 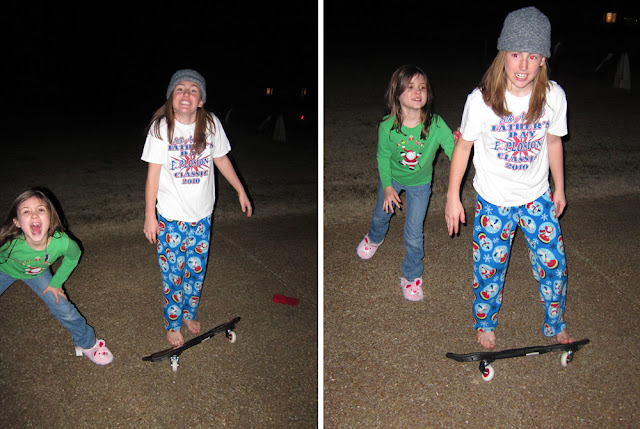 My sister and cousin goofing off on Christmas Eve 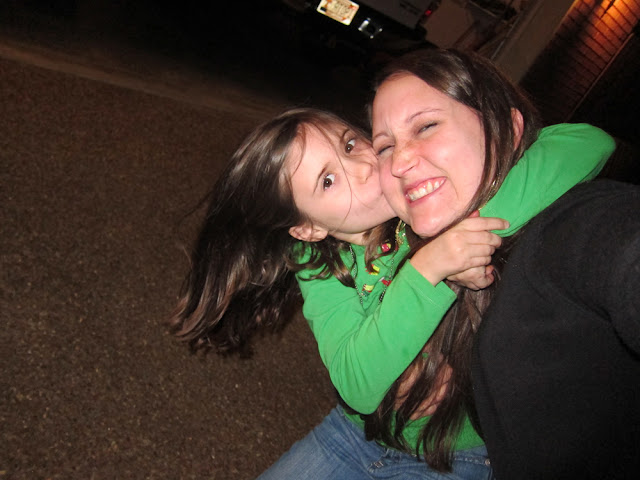 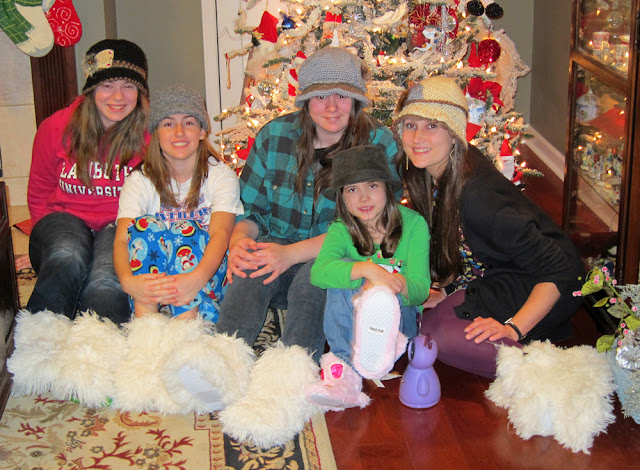 My Nana Emma has a knack for giving us some very eclectic gifts. This year we got these crazy furry house shoes and some hats. The house shoes are so crazy (and warm!) and I kind of love them. I will probably wear them a lot around the house when it's cold. We had to get a picture of all the girls in their house shoes and hats :) 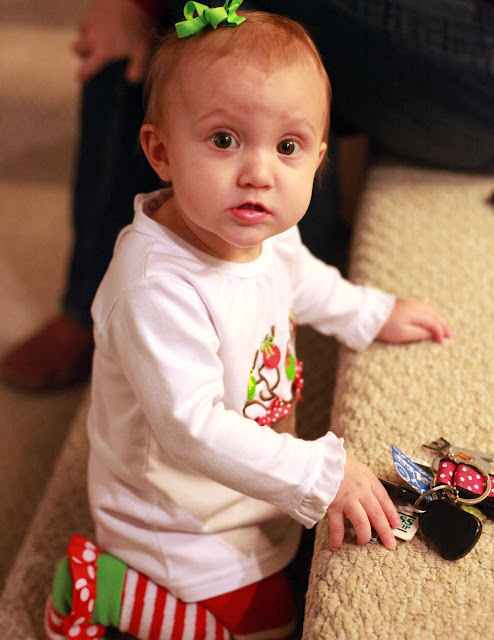 I also went to Rhett's on Christmas eve. It was fun to play with his niece on her first Christmas. She's so adorable...I just...I can't even explain. She's got the cutest personality! Anyway, Rhett gave me a Roku, which I can use to stream Netflix to my tv! Hooray! No more watching Netflix on my ipod or computer. I've already been using it a ton. He also got me a gorgeous skirt from Etsy. I might wear it when we go out to eat tonight! 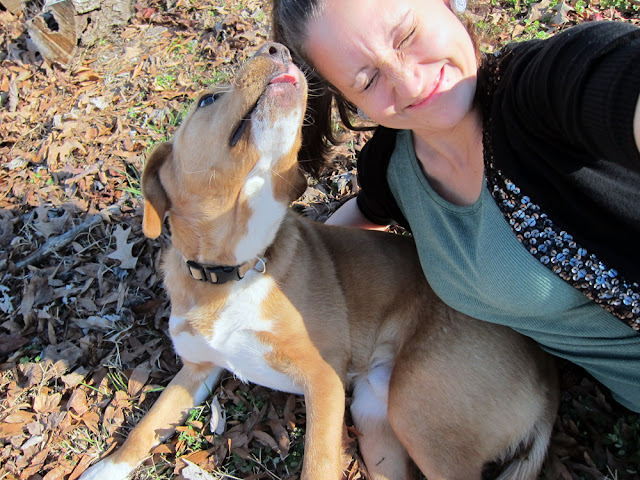 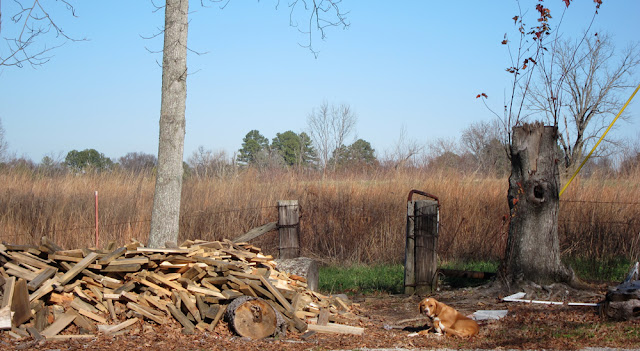 It was a rather non-Christmasy Christmas here in West Tennessee. Blue skies, nice and breezy. I'm not complaining, but it's weird for it not to feel like winter. I enjoyed playing with Mom and Guy's dog though. He got hit by a car recently so he's not moving around much. I gave him plenty of snuggles and belly rubs though! He kind of reminds me of my childhood dog, Moose. 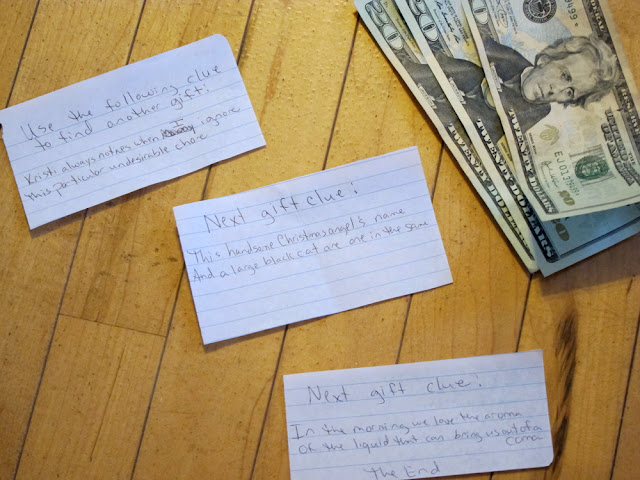 In addition to my gifts, mom sent me on a scavenger hunt for cash. It was a lot of fun! The undesirable chore in the first clue was polishing her silver. I always point it out. haha! I'm a terrible daughter...anyway, she had hidden a 20 and another clue in one of the silver pieces (it's a serving set). The Christmas angel/large black cat was Dudley. Dudley is from the movie The Bishop's Wife, so I found the dvd and there was a 20 and another clue in there. The next clue led me to coffee mugs, and it was in one that my roommate made. It was a fun little game to play on Christmas morning. 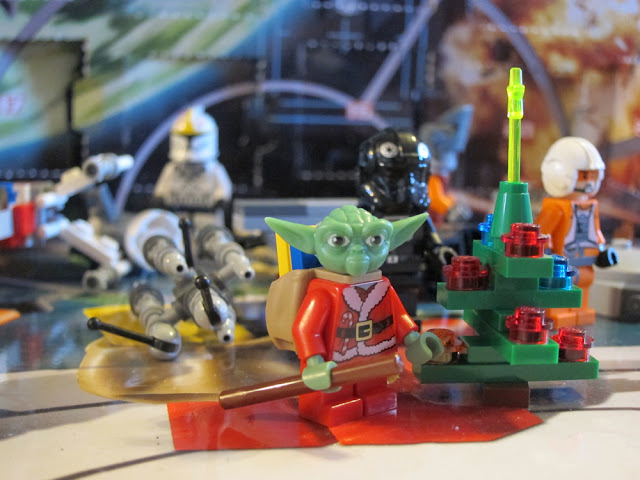 The last two pieces from our Star Wars Lego "advent" calendar. Definitely not your traditional advent calendar, but it was fun to put the pieces together for each day. Also, Yoda looks like a gremlin.

I hope you all have had a wonderful holiday season! I can't believe it's about to be 2012 already. I say that every year, but it always feels like the year went by way too fast! Everyone have fun and be safe tonight. See you in January!
by KristiMcMurry at 5:25 PM

Love your house shoes, love the hats!:-) And Tina looks like a pro on that bike:-) Welcome January and Happy 2012 to you and your family!!!

those house shoes are AMAZING!!!!!! i also really love that your mom did a scavenger hunt for cash, so creative and fun! looks like you had a great christmas! happy new year!
xo,
cb