I promised you guys wedding photos, so here you go! These are from the first weekend in June (the one where I had two weddings in one weekend).  I had a lot of favorites from this one, so this post is lengthy. Sorry about that! But you can never have too many photos to look at :)

A few months ago, my friend Kristen came to me about photographing her wedding. We met freshman year of college when a group of mutual friends decided to go horseback riding.  She was having a small wedding at her parents' house, so I was excited she chose me to be her photographer. 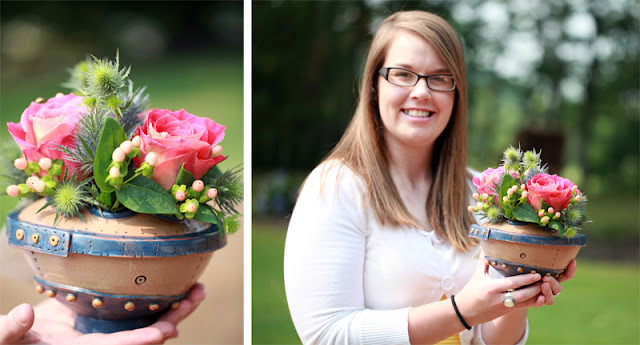 Paige (my roommate) rode with me because she was planning on going anyway. Her gift was a flower pot that she made, and she had a local florist do an arrangement in it. I think it turned out great! If you live here in Jackson, J. Kent Freeman is probably the best florist you're going to find. He does amazing work. Kristen loved it so we set it out in the entrance-way of the house. 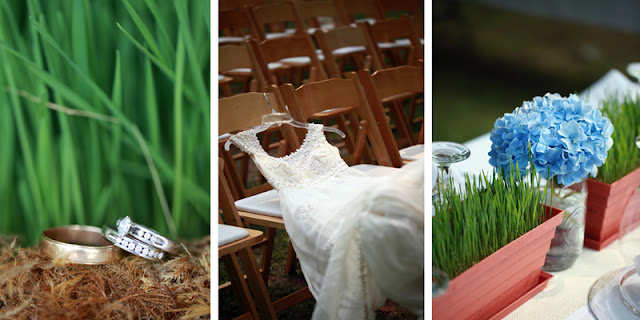 Kristen wore her mother's dress, which I think is just incredible. I wish that I could do that! Maybe someday my daughter will be able to wear my dress. They reworked the neckline and added a few details here and there. It worked so perfectly for Kristen...she looked amazing! 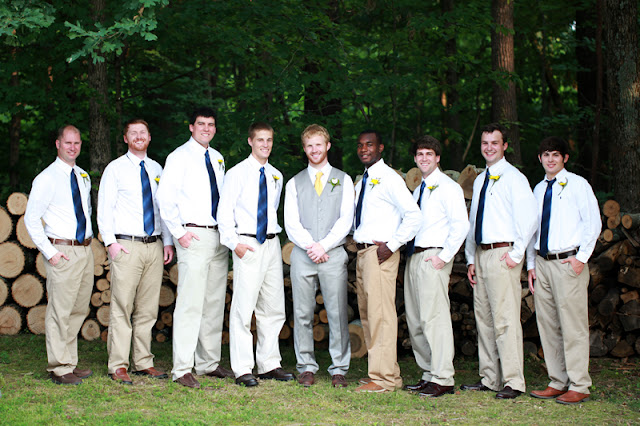 It was extremely hot that day! It's hard to plan an outside wedding since TN weather is so unpredictable. I think the week before this was in the 70s, but on the day of the wedding it was easily approaching 100. Taking humidity into account it felt like about 110 degrees. The guys luckily weren't wearing full tuxes, but they were definitely sweating through their clothes! 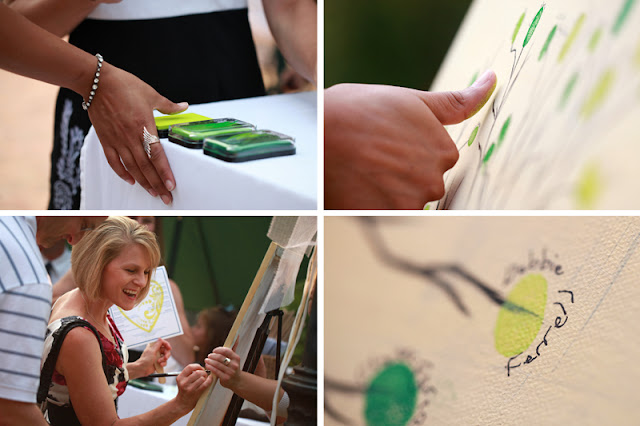 This was the guest book. It was a large painting of a tree with branches and people put their fingerprints at the end of a branch. Then they wrote their name around their print! It was a cute idea, and guests had a lot of fun with it.  Plus it's something that they can hang in their house as artwork!

I'm almost certain that her dad built this. It may have been someone else in the family, but someone built it. It was such a cute personal touch to the ceremony site. 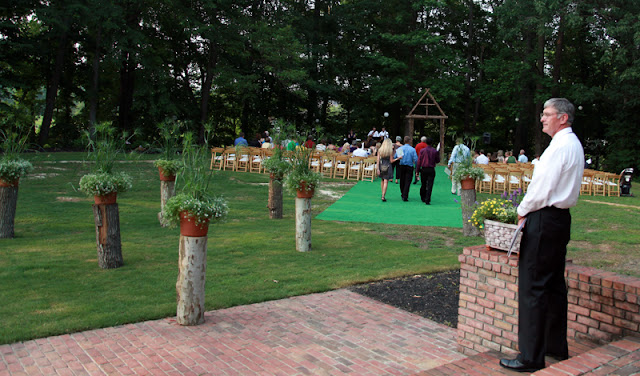 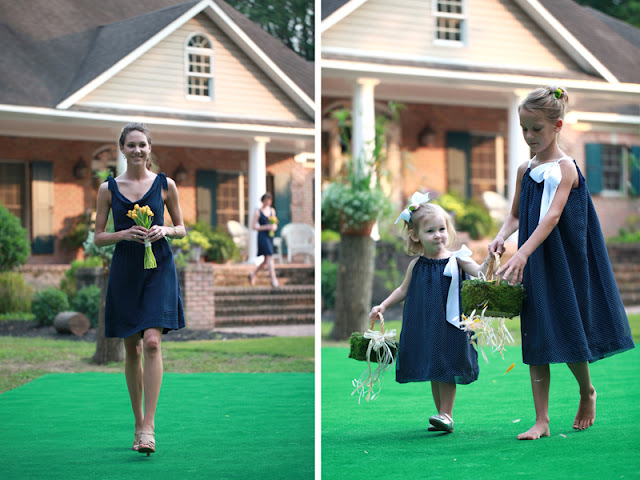 The veil really made the dress for me. I usually don't like veils because they seem unnecessary, but this one was just stunning. The dress wouldn't have been near as gorgeous without the veil! 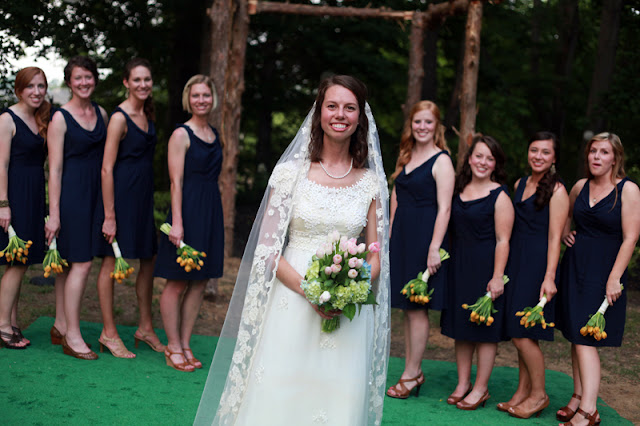 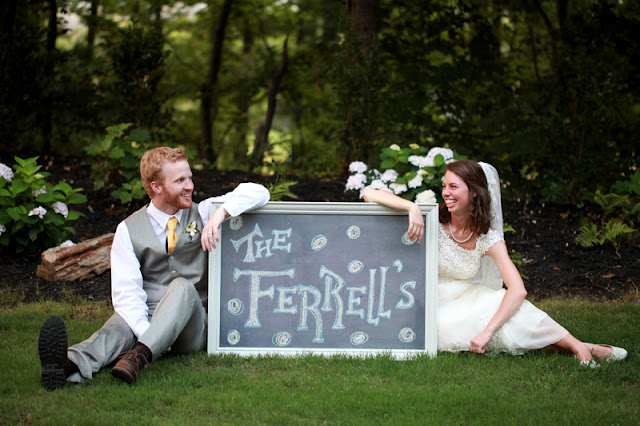 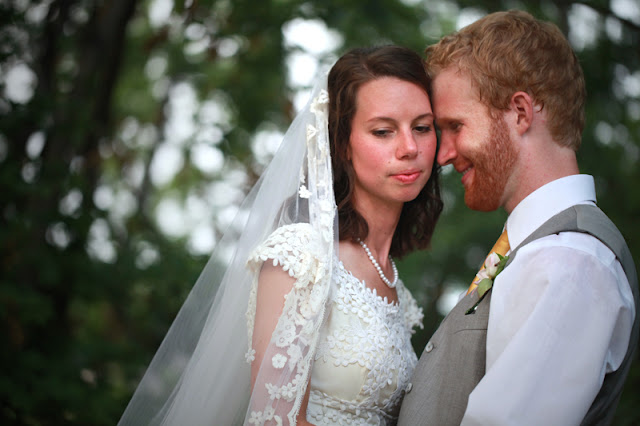 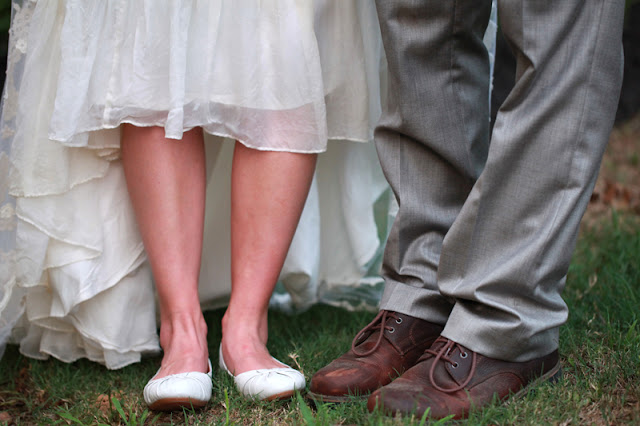 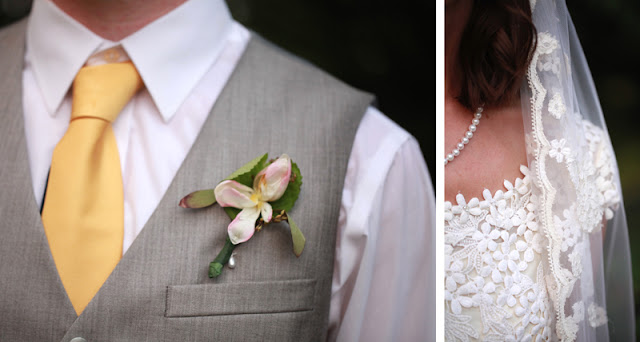 Photobooths have been really popular around here. They had one called "Red Eye" or something like that. It was pretty neat. Paige and I got in the booth after I was done shooting...I'll share that later. I look like I'm drunk or something in the photo strip because I was so exhausted and sweaty! 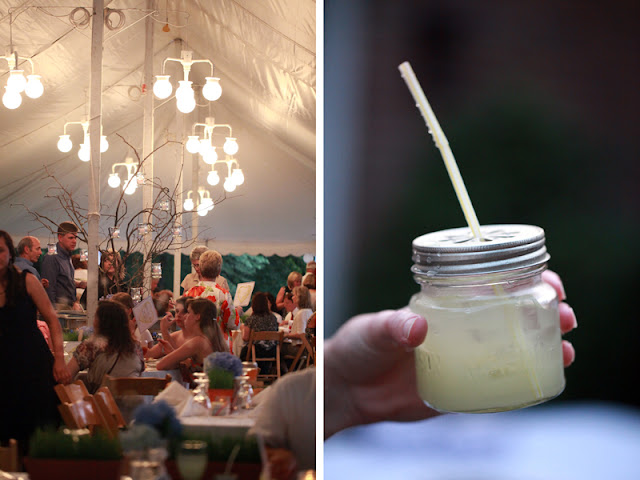 Lemonade in cute little jars! I loved all the cute little touches at the reception. I wish I'd been able to capture more of the details but it got dark very soon after the ceremony, so I wasn't able to get everything. They had a cute little wagon with drink dispensers all around it. So fun! 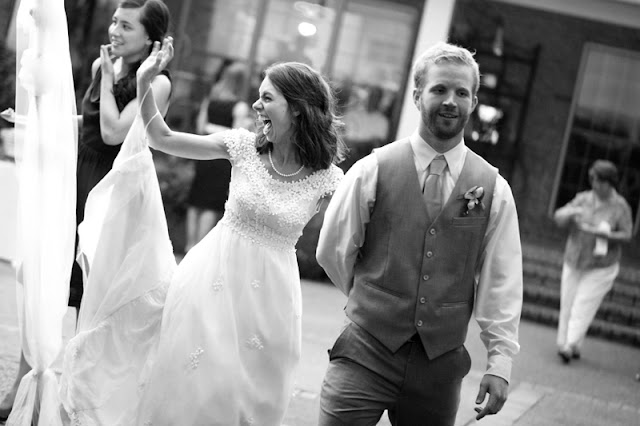 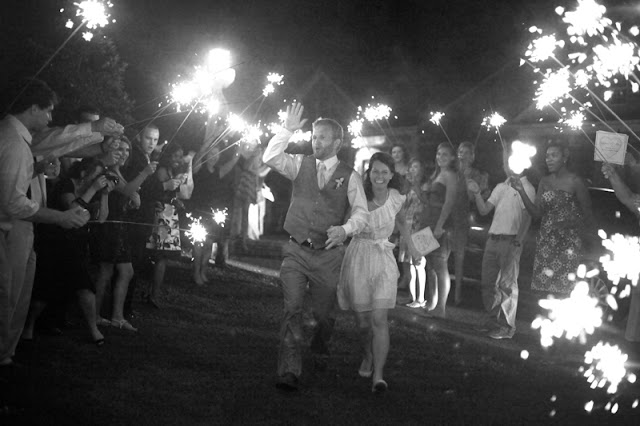 Congrats to Brad and Kristen! I hope you two share a very happy life together.
by KristiMcMurry at 12:06 PM

kristi!!! these are so beautiful! i just adore the last picture and the one of them holding up the chalk board, wow! they will have such great pictures to look back on!

You are fantastic and those are sooo beautiful:) Love them all and what an adorable couple! Awww..Have agreat afternoon, my dear
Kisses

a little black cloud in a dress said...

that veil is absolutely amazing. I not a veil kinda girl either, but that one is so pretty. These are all great shots! I especially like the rings.