Let me start by saying this is a follow-up post to Adelaide's Homesewn's post. I can really relate to what she said about everything not sinking in. I haven't really stopped to think about what has been happening with all of these storms, and I shouldn't turn my head and ignore it. Do you realize that the tornado in Joplin is the deadliest one since 1950? 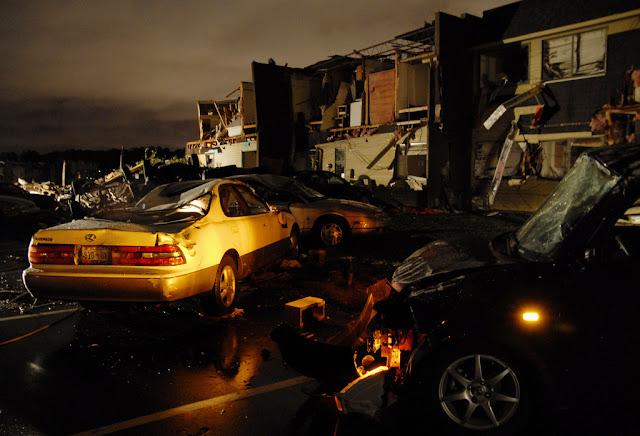 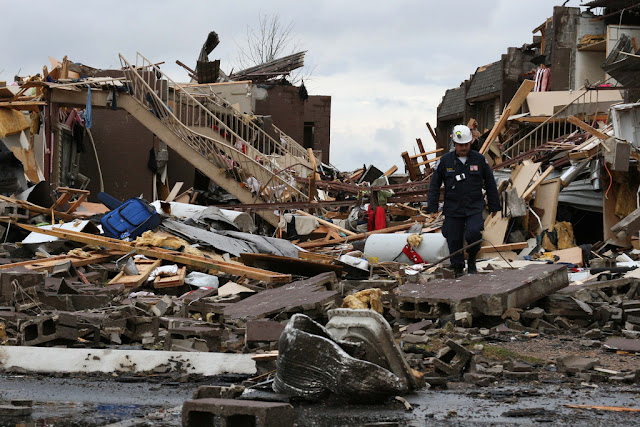 backstory:
When I was in college, a tornado hit our campus and literally just trashed the place (Feb 2008). Guess how many people died? Not.a.single.person. By God's amazing grace, every student in every dorm was pulled out ALIVE! We still had millions of dollars in damage to the campus, and as students we assumed our semester was over. How in the world could we finish the semester with nothing left? Once again, God's amazing grace stepped in. The Jackson community and Union family somehow provided us with the funds and resources we needed to get school restarted in just TWO WEEKS. I don't know exactly who helped and why, but all I know is that I'm eternally grateful to the people who made it happen.

That brings me to the reason for this post. There is a photographer- and a good one at that- in Joplin who lost everything. As a photographer I can't imagine being left without the proper equipment to continue working. A blog called The Gig is hosting a donation fund for Mark and his family here with the ultimate goal of buying him a new camera to support his family. I'd like to encourage you to donate, even if it's just a dollar. Every little bit helps! My hope is that they'll not only be able to buy Mark a new camera, but a computer as well. It would be difficult to run a photography business without a computer to edit pictures on.

That's the end of my huge post. Sorry to be so wordy today, but I do think this is important. I know a lot of people would rather give to a specific family rather than just a general donation, so this is your chance!


Mark's photography
*photos above by Justin Veneman and Stephanie Schroeder
by KristiMcMurry at 11:21 AM

Email ThisBlogThis!Share to TwitterShare to FacebookShare to Pinterest
Labels: charity

Oh my goodness..Those photos are making me so sad and thank you for letting us know about Mark and his family. Im totally going to visit The Gig blog right now. Btw: your story made me so emotional. Im so glad that all the students were ok. Kisses, darling

So sad & heartbreaking!
thoughts & prayers to those families...

those pictures say a thousand words... my prayers go out to all those who have been affected.

This is Ellie, from The Gig. Thanks so much for posting Mark's story. You have such a generous heart!

this is mark. the photographer from joplin. You have no idea how much I appreciate the help from folks like you that have never met or heard of me before this. Thanks for re-posting. :)