I watched The Golden Girls often as a kid, though I didn't really understand as much back then. Recently I've been watching it with my roommate, and I fell in love with Dorothy, Rose, Blanche, and Sophia all over again! I was sad to hear the news of Rue McClanahan's (Blanche) death today.  I know she'll be honored in lots of ways, but for now here are some photos of Rue and The Golden Girls. She was a very beautiful woman, especially in her younger years. 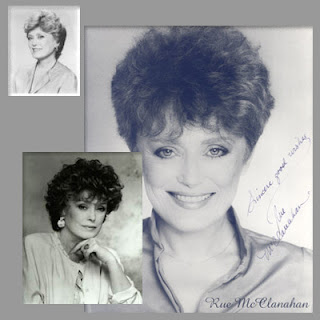 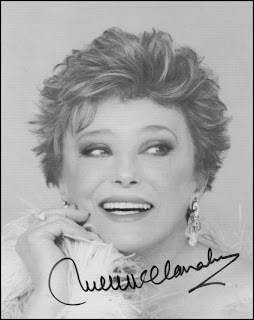 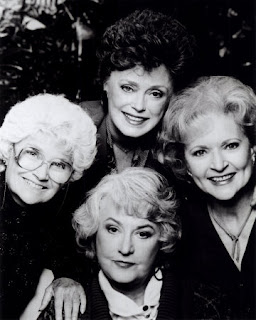 Here's a little information about her from Wikipedia:


She began acting on Off-Broadway in New York City in 1957, but did not make her Broadway debut until 1969 when she portrayed Sally Weber in the original production of John Sebastian and Murray Schisgal's musical, Jimmy Shine, with Dustin Hoffman in the title role.
Her role as Caroline Johnson on Another World (from July 1970 - September 1971) brought her notoriety. On the show, while taking care of twins Michael and Marianne Randolph, Caroline fell in love with their father, John, and began poisoning their mother, Pat. The short-term role was extended to more than a year before Caroline was finally brought to justice after kidnapping the twins. Once her role on Another World ended, Rue joined the cast of the CBS soap Where the Heart Is, in which she played Margaret Jardin.

In The Golden Girls, broadcast from 1985 until 1992 and in The Golden Palace for one year afterwards, McClanahan portrayed man-crazed Southern belle Blanche Devereaux. She received an Emmy Award in 1987 for Outstanding Lead Actress in a Comedy Series for her work on the show.


An animal welfare advocate and vegetarian, McClanahan was one of the first celebrity supporters of PETA.

In 2003 she appeared in the musical romantic comedy film The Fighting Temptations as Nancy Stringer. She replaced Carole Shelley as Madame Morrible in the musical Wicked on May 31, 2005. She played the role for eight months and departed the cast on January 8, 2006.

Her autobiography, My First Five Husbands, was released nationwide in 2007.
In June 2008, The Golden Girls was awarded the 'Pop Culture' award at the Sixth Annual TV Land Awards.

Email ThisBlogThis!Share to TwitterShare to FacebookShare to Pinterest
Labels: nostalgia