I feel kind of bad, but we spoil Chipper WAY more than we've ever spoiled Dudley (the cat). I think it's because Dudley doesn't get excited about anything that way Chipper does. It's just so fun to see him go crazy over a tennis ball or pretty much anything else that you're holding out to him! When BarkBox ran a Groupon deal, I bought one so I could see what it was all about. I had heard of it before, but this was shortly after we got Chipper and I hadn't thought to sign us up yet. Basically it's a monthly subscription box that usually contains a couple of toys, a food item and maybe another miscellaneous dog-related goodie. I signed us up for 3 months, and this is Chipper's second box... 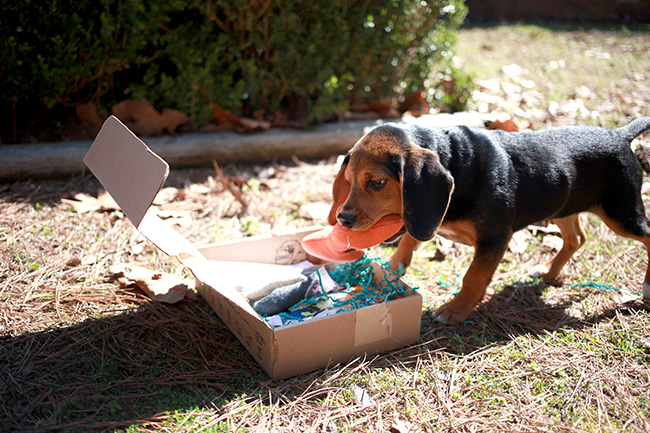 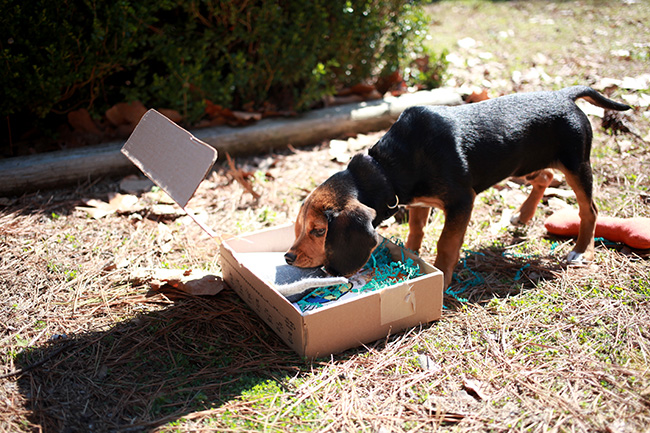 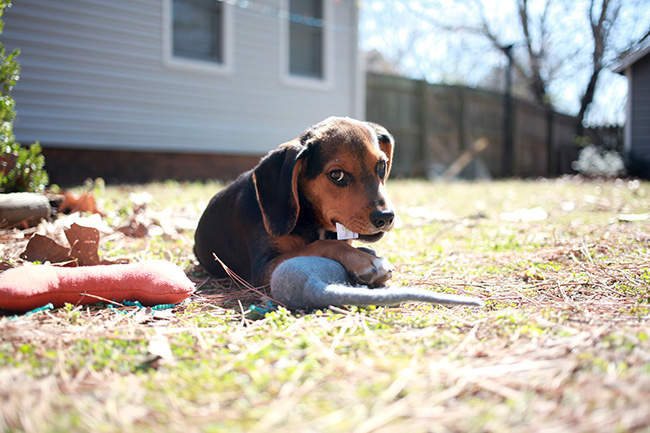 And then I'll just chew on the tags until you cut them off.

He has a thing with paper, which I've heard about other dogs too. I have to keep anything paper out of his reach or he will hide it under the couch and snack on it when I'm not looking! Once I cut the tags off the toys, he actually did run around and play with them for a while. He's already eaten a huge hole in the bone, so all the stuffing came out and that mouse is made of felt so we've got gray felt all over the house. The toys this time weren't my favorite as an owner (messy!) but Chipper loved them! The treats we got were awesome though, the Teeny Treats in particular. I definitely recommend those. The other snack item was a bag of peanut butter cookies that are supposed to be for humans AND dogs. I tried one, and I can't say I would ever eat another one. It wasn't repulsive but it wasn't tasty either. It's a cool idea though, and I'm sure it definitely tastes better than generic dog biscuits! 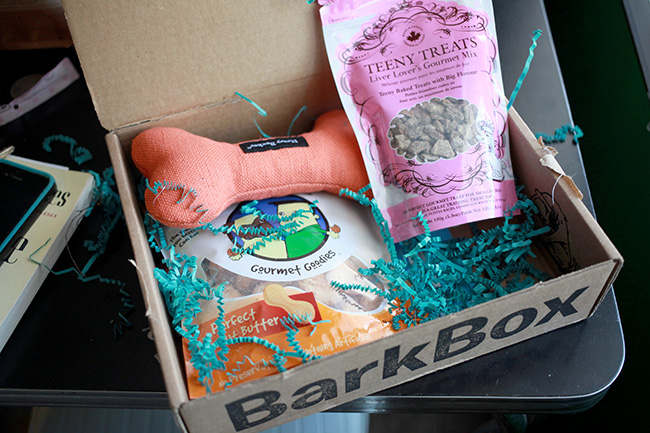 Now here's a video of him with his box, because why not? I know...I'm crazy and obsessed but I DON'T CARE. Have any of you tried BarkBox? If you're wanting to sign up, here is my referral link: https://barkbox.com/r/OvDI5Y1TKV/ and if you use that when you sign up, I get a free month! Win/win.