A few posts ago, I mentioned that Rhett and I had gotten a puppy. That's part of the reason I haven't been blogging as much! We spend all of our time hanging out with him, so I haven't been doing blog-worthy things. Even if I were doing blog-worthy things, I probably wouldn't have time to blog about them. Ok, that's an exaggeration...I could probably blog more. But why would I do that when I could be looking at this face?! 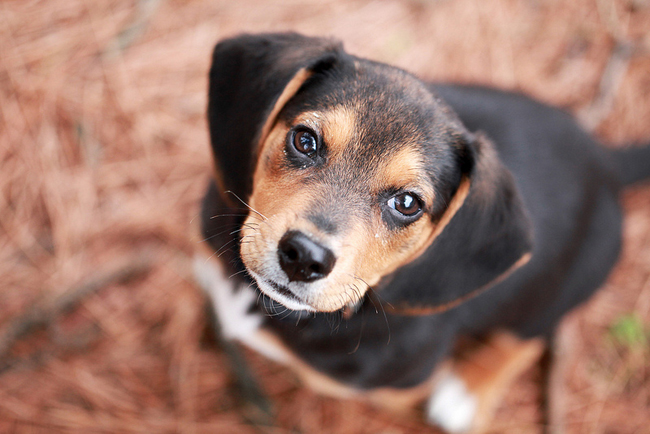 UGH, HE KILLS ME! I'm so glad Rhett decided he wanted a beagle, because holy moly are they cute. I have a hard time letting him run around and play because I just want to squeeze him and kiss on him all the time. We named him Chipper after Rhett's baseball hero Chipper Jones, who is a recently retired Atlanta Braves player. If any of you guys are looking at getting a puppy and have questions, feel free to ask. The biggest thing I can tell you is that it's a lot of work!

The potty training part was probably the hardest, but luckily it didn't last long. He quickly realized that he got praised lavishly when he did his thing outside and scolded when we caught him doing it inside. He also caught on to the bell training really quickly! We hung a bell by the door, so he can ring it when he needs to go out. He rings it when he wants to play too, but I don't mind letting him play outside. He LOVES it. There is so much to get into out there :) 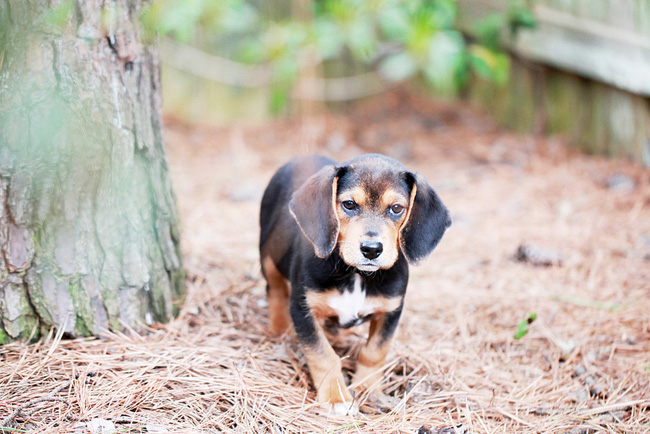 I've been working on walking with him. He does pretty well about 70% of the time. Beagles have incredible noses so keeping him from getting distracted by every little thing is challenging. He walks around with his nose to the ground pretty much constantly. It's adorable. I should probably stop gushing about him now though, and just wish you guys a very happy Friday!

I will be shooting a wedding all day tomorrow, then just relaxing Sunday before watching the Oscars. Who are you guys rooting for to get Best Picture? I'm personally rooting for Argo! While I loved Zero Dark Thirty, I just think it is too controversial to win. I guess we'll see on Sunday.
by KristiMcMurry at 1:30 PM

Chipper is adorable. Guess I should say handsome since it is a boy. Congrats on the potty training issue. Coco is just not catching on. She can go out and come back in and within 5 minutes is peeing on the floor. We were rubbing her nose in it and spanking her until I read an article that said that is not the thing to do so we quit that and now we let her know by our tone of voice that she has done wrong. What does Chipper do when it rains. Coco won't touch the yard if it is wet and if it is raining she won't even walk out the door. How did you handle that with Chipper? Love reading your blogs and love you too.

i am IN LOVE with chipper! sweetest face EVER. the bell pretty much killed me. I WANT ONE.

Hi! I'm sure that the purpose behind your post wasn't to open yourself up to being the puppy whisperer, but we now have a 12 week old beagle puppy and I'm reallllyyy interested in knowing more about your bell training. What kind of bell do you use, and how do you keep the puppy from chewing on it for fun?