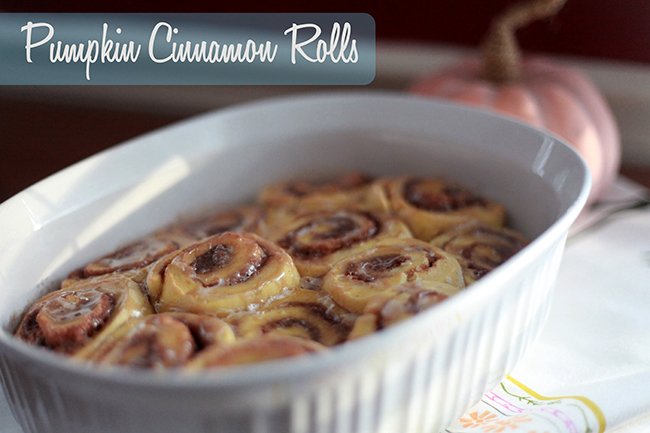 Yesterday was our office holiday breakfast party! It's something we've done the past few years (except sometimes it's lunch) and I've grown to really love it. We all bring a dish and meet at someone's house to eat and play games. This year I decided to make pumpkin cinnamon rolls, and I was really pleased with how they turned out! I'm planning on making them again for Christmas morning. 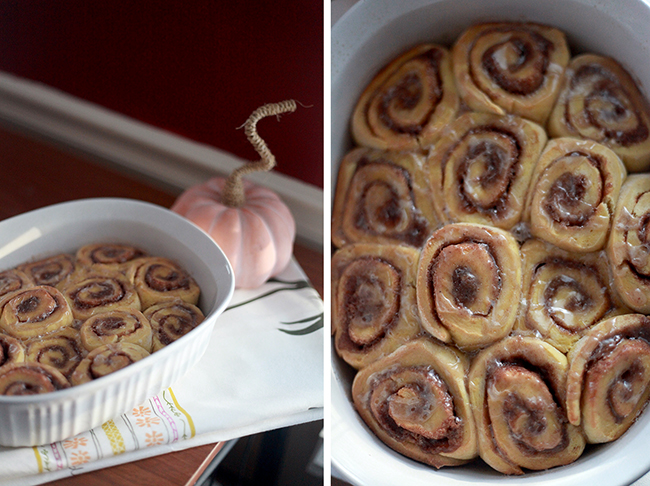 It's not a particularly easy recipe for me, but I really enjoyed the process anyway. You basically make the dough, then make the cinnamon mixture for the middle. You flatten the dough into a rectangle and spread the mixture on before rolling it all up. Slice, bake, drizzle on the glaze you mix up and you're done! I woke up at 5:45 to get started....so it wasn't quick. You can make the roll ahead of time though and just do the slice and bake right before you need them. Here's the recipe if you're interested: http://kneadtocook.com/?p=2225

I didn't make the healthy substitutions...mainly because I don't think substituting something fake for butter is healthy. It might save you some calories, but there's no sense in using something more processed if you don't have to (if you have to because you can't do dairy, that's a different story). I also used whole milk because that's what Rhett drinks.

I would love to know if any of you try this recipe! They turned out really delicious, in my opinion. At first I thought they might have been a little too doughy, but I didn't mind. I might add an extra few minutes to the baking process next time though.
by KristiMcMurry at 11:00 AM