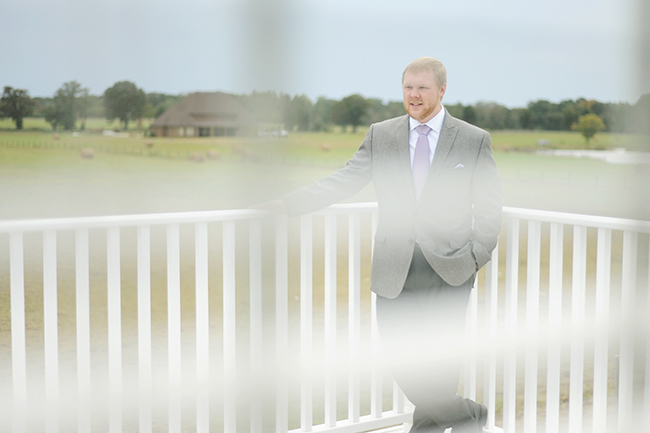 It's kind of hard to say for sure, but I think mine and Rhett's first look might be my favorite part of our wedding day. I knew from the start that I wanted to do things this way. Weddings where the bride and groom don't see each other before, have always been really stressful for me as a photographer, so I didn't want to do that to Heather. Plus, we got a private moment before the wedding, which was AWESOME. And I had him to run to if I started getting antsy leading up to the ceremony (which happened a few times since we were studying the weather radar for a few hours). 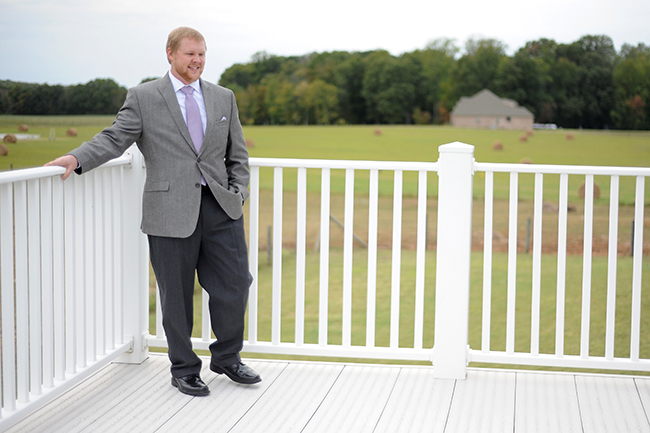 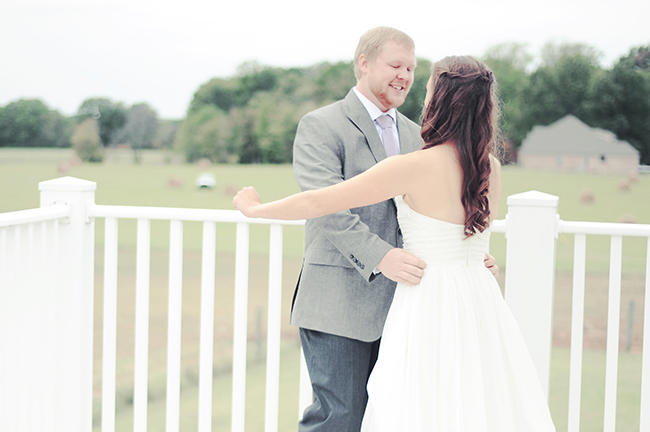 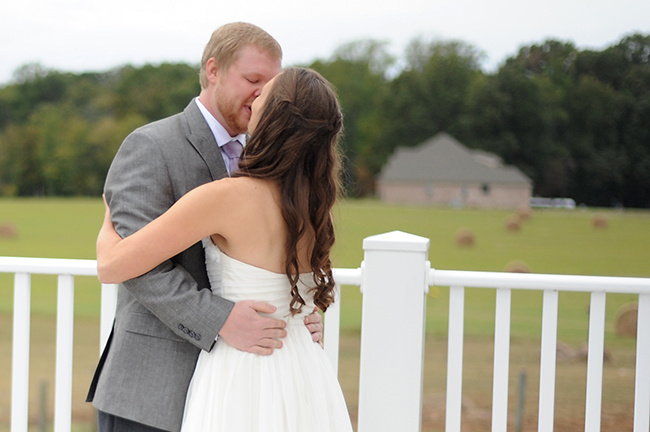 Once he got to the site, they took him out onto the balcony, and I met him out there. When I saw him, it was like everything around me just melted away. I know it sounds cheesy, but it's true. I had decided I wouldn't cry, but when I saw him kind of tear up, I ugly cried for a few seconds. 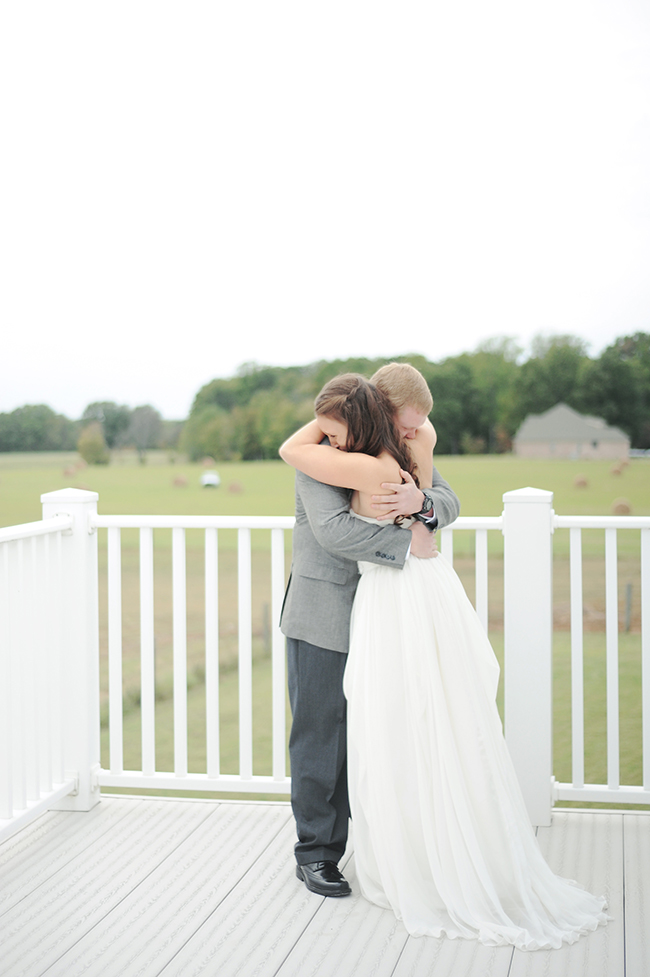 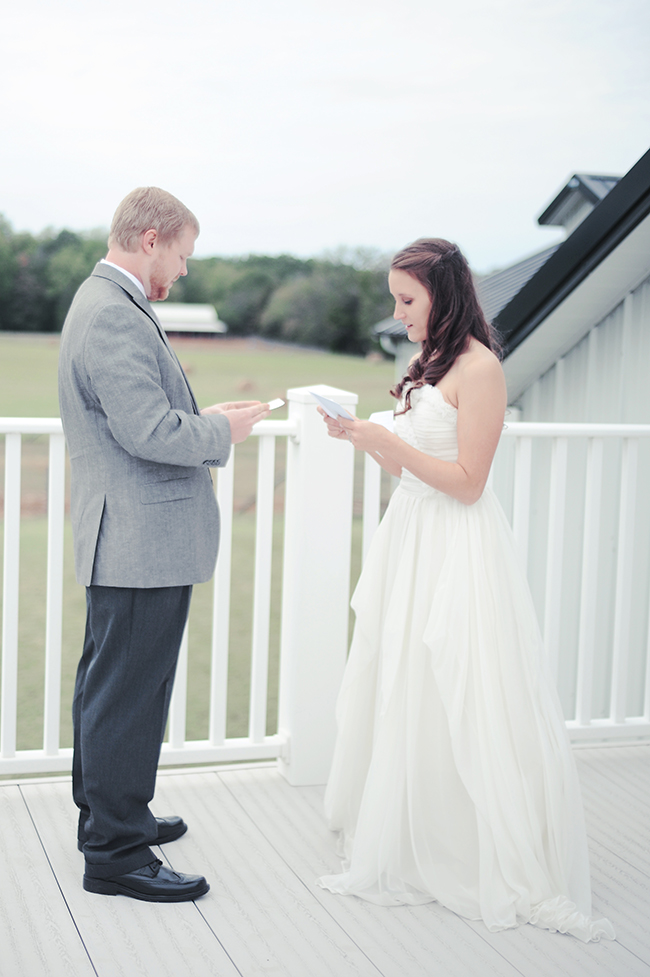 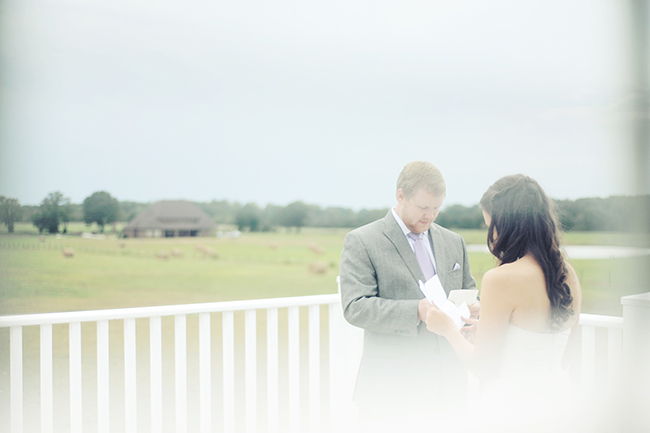 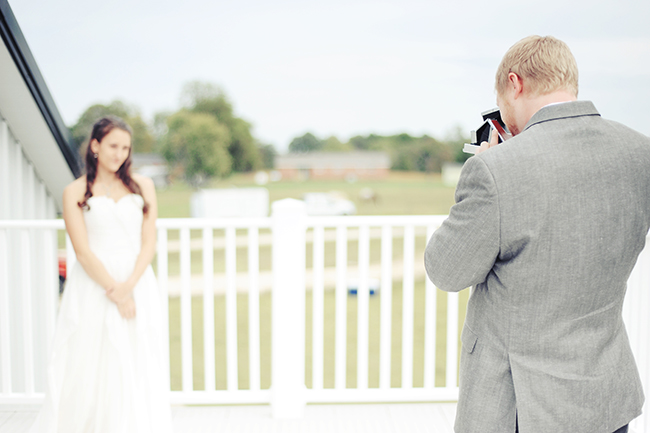 We gave each other letters that we had written, and then took Polaroids of each other. Unfortunately, I can't find the Polaroids. It breaks my heart, but I'm hoping they will turn up someday. I'm so glad we wrote the letters though. He's so good at writing! Every card he's ever given me is just the sweetest! He even wrote it in blue ink so that if I couldn't wear my blue toed shoes in the mud, I could still have a "something blue." He's so thoughtful sometimes.

Like I said, I'm SO GLAD we did our first look before instead of when I walked down the aisle. Our wedding was so hectic with the rain and cold that our pictures would have been super stressful if we'd waited until after the ceremony. Have any of you guys done a first look before your wedding? Would you?
by KristiMcMurry at 3:00 PM

Email ThisBlogThis!Share to TwitterShare to FacebookShare to Pinterest
Labels: my wedding, personal, wedding

This is ADORABLE and you both look so happy and cute and omg. Just beautiful xx

these are so AMAZING! i love the one of you two hugging, so touching! makes me want to cry. you two are so adorable and you look stunning in that dress!!! i have always wanted to have a party where all the girls wear their wedding dresses again. i love mine so much and would love to wear it again! you have one great guy!
xo,
cb

WOW! I reeeeaaalllyy love your pictures! They are so light and whimsical and dreamy :)

you look so beautiful and rhett is the cutest!