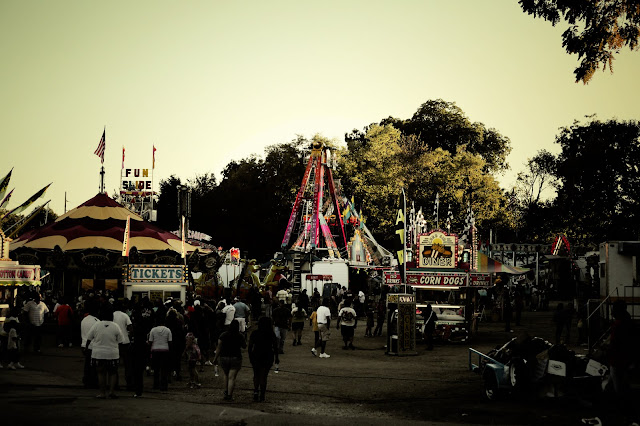 Looking at other bloggers' posts about going to the fair, I realize that our fairs are much different than most. At the fairs in my area, which is rural West Tennessee, the main attraction is mainly just food and rides. In Orange County (CA), I remember there being rides, but we never went to that part of the fair. As much as I like the rides, they do make me nervous, and I'd rather look at cute little animals! Unfortunately, I saw no animals at our fair ... and by "our fair," I mean the fair that's 30 minutes away from the town I live in. The fair in my town is filthy, so I went to the next town over. 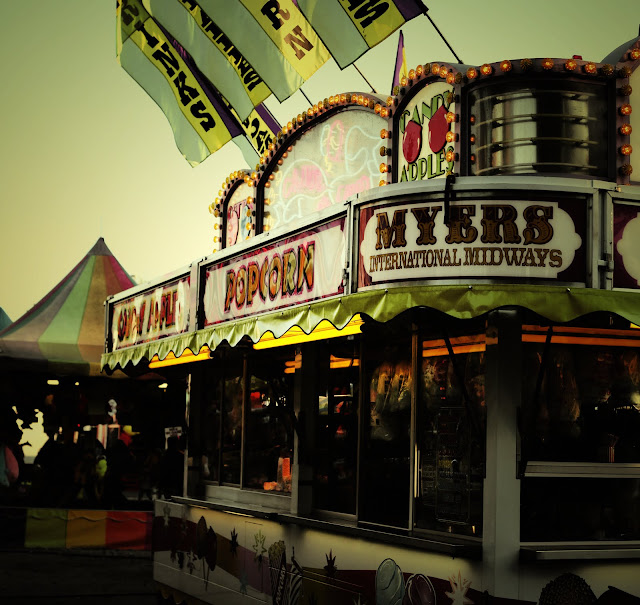 The last time I went to this fair was my freshman year in high school. That was almost 7 years ago (that makes me want to cry). I still remember most of the rides, but they all look so much scarier now. I guess I don't have the same sense of adventure that I used to. 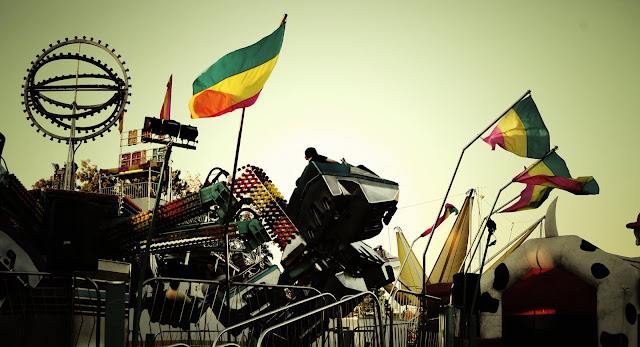 My favorite ride was 1001 Nachts (German for 1001 Nights...i think). I didn't get a picture of it, but it was so much fun! When you're at the top, you can see the entire fair. I thought I would hate it because it looks like you would have a "free fall" feeling on the way down, which I'm terrified of, but it didn't feel that way at all. That is officially my favorite fair ride! 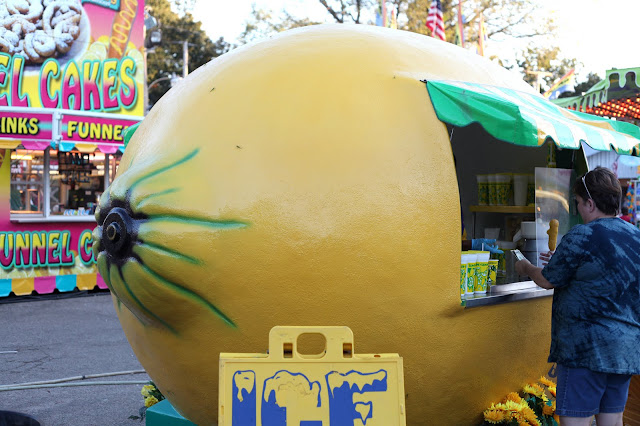 As much as I wanted to eat everything at the fair, I settled on a corn dog and later a frozen banana. I had to set a budget, you know. The lemonade in this little lemon stand was seriously calling my name, but I had to stop myself. See, I didn't want to drink anything because I absolutely WILL NOT use the bathrooms at the fair. Does anyone else have this phobia of fair bathrooms?

Anyway, it was a fantastic time, and a nice way to spend a Saturday. Paige went with me, so it was nice to spend time with her, too. Sadly, she didn't want to ride the Freak Out...(and secretly, I didn't want to either!) I think I will try to make it to the fair again next year, but definitely get all my riding done before it gets dark. The fair fills up fast once the sun goes down! 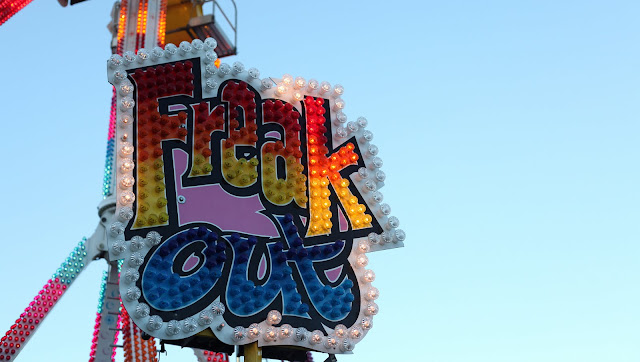 I hope you all had a great weekend!
by KristiMcMurry at 10:58 PM

These are great photos, Kristi. You've almost made me think that carnies are a bit stylish... no!

Has your blog had a bit of a makeover? It looks fab. I'm sorry if it was a week ago, but I've been a bit pressed for time lately and haven't been getting to some of my favourites.

These shots are awesome...sod did you have a DSLR with you or a P&S. I'm thinking about bringing my big camera to the fair to take photos when it comes in October.

i JUST love your photos! and your fair looks like so much fun :)

Your blog is SO CUTE! & your photography is wonderfull!